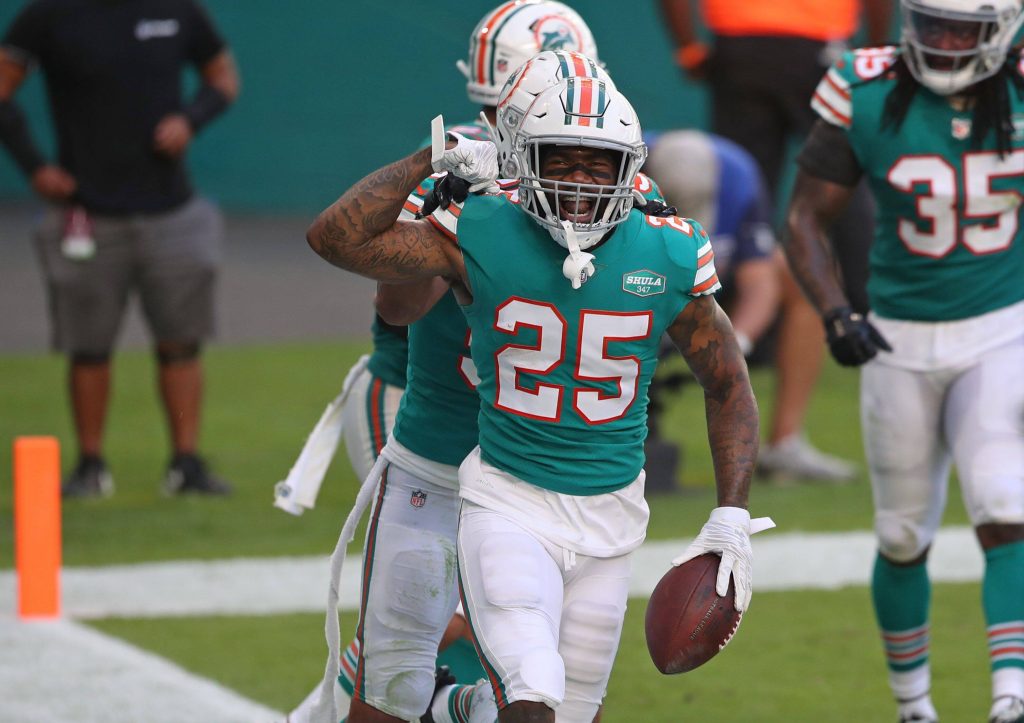 According to nfl.com, Xavien Howard is dissatisfied with the Miami Dolphins after failing to negotiate a new deal.

The latest development came on Tuesday when Howard released a statement on social media stating he has requested to be traded from Miami.

Despite Howard’s determination to leave the AFC East team, he reported at training camp on Tuesday.

Dolphin fans shouldn’t get too excited – his return is so he doesn’t acquire any more fines for missing pre-season camps.

Howard skipped the Dolphins’ three-day mini-camp in June, which landed him in $93,000 in fines and kicked off the rumours of his irritation.

It’s unsure if the relationship can be fixed, but Dolphins’ coach Brian Flores believes it can be.

“I think we just continue to have discussions with him, his representation, and keep the lines of communication open, continue having dialogue and, hopefully, work something out,” he said.

“Try to build this team and improve on a day-to-day basis, build team chemistry. That’s where most of our focus is.

“The X thing is something we’re having discussions about, as well.”

Howard lit up the league last year as one of the best cornerbacks in the NFL.

He racked up 10 interceptions, leading the league against the likes of Jaire Alexander and Jalen Ramsey.

However, after his monster 2020 season, he believes he deserves a bigger extension.

This didn’t sit well with Howard, who is the team’s best player at the position.

Howard is one of the best corners in the NFL and absolutely deserves the money he is demanding.

This is a win/win situation for the 28-year-old. If he re-signs with Miami he stays on a young and promising team.

If he leaves, he will attract teams like the Seattle Seahawks and Arizona Cardinals, both of which are in the Super Bowl mix going into 2021.

Whatever happens, Howard will get paid and he will succeed.