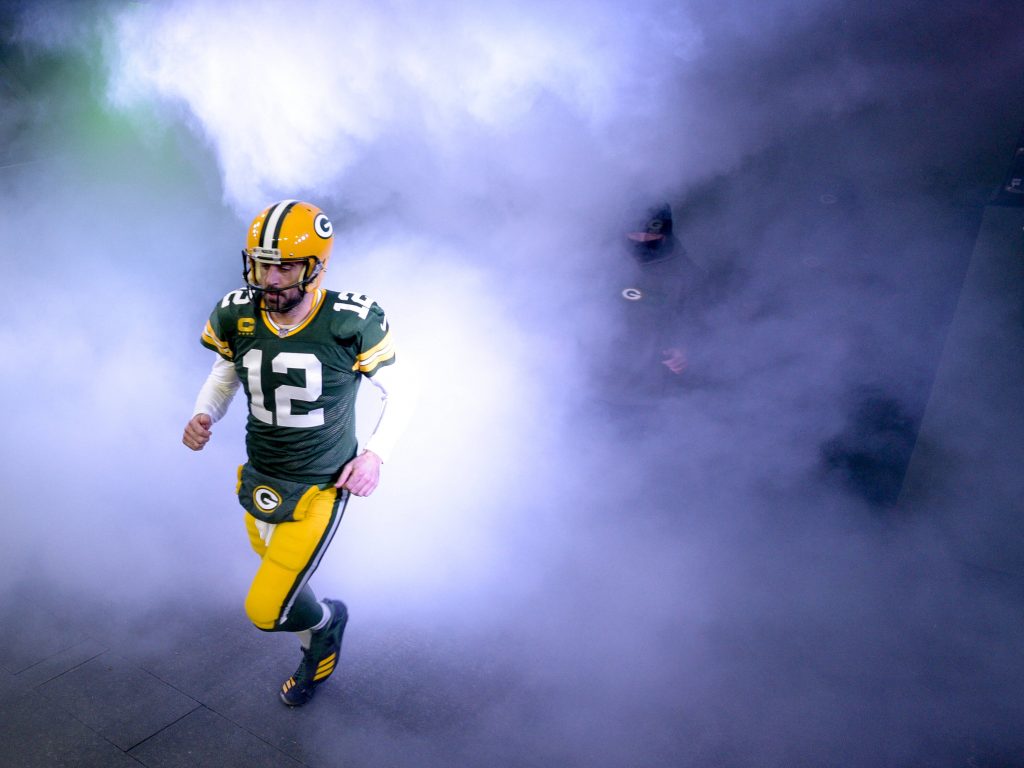 The Green Bay Packers and Aaron Rodgers have reportedly moved closer to a new contract agreement, as reported by ESPN.

The agreement would see Rodgers, 37, return for the 2021 season. There are terms in place to let him go before the 2022 season if he is still dissatisfied with the organisation.

It would also void the final year of his contract in 2023, essentially meaning the Packers will not franchise tag him.

Rodgers’ contract would be adjusted with no loss of income, giving the Packers more cap room now.

Could they now re-sign Davante Adams?

The Packers would agree to review Rodgers’ situation at the end of the season.

If the relationship improves, they could pursue a new deal to keep him in Green Bay.

If not, we can expect to see Aaron Rodgers traded to a destination he wants to go to.

Murphy told the shareholders: “We want him back – we’re committed to him for 2021 and beyond.”

Gutekunst echoed Murphy’s point: “We have been working tirelessly with Aaron Rodgers and his reps to resolve the issues he raised this offseason and remain hopeful for a positive outcome”.

Green Bay fans can take a sigh of relief now. After a long and arduous off-season for the Cheeseheads, they have their MVP back.

There is still time for more developments in this never-ending saga – in fact, you can guarantee it.

If you have missed any of the previous events in the Green Bay vs Rodgers story, check out our previous article on Sportslens here.

This is huge news for Packers fans and the NFL. The reigning MVP is back and determined more than ever to win a Super Bowl.

He’s back with the offense that ranked first in points scored and fifth in total yards and made back-to-back NFC championship games.

The other 31 teams should be worried. That bad man Rodgers is back.