When Aaron Ramsey slotted in Arsenal’s second goal against Aston Villa at the end of a sweeping counter attack which was started by the Welshman himself following a tackle inside Arsenal’s own half, he reminded us all the beauty of the box-to-box central midfielder who can defend and attack with equal aplomb.

Even Ramsey has been forced to play out of position as a wide midfielder owing to tactical developments at Arsenal, and only recent injuries to key central midfield personnel allowed the Welshman to play in his preferred central role against Villa. In nine out of his 16 appearances this season, Ramsey has played in an advanced role on the right-hand side.

With most teams now playing midfield specialists rather than relying on an all-rounder to carry out specific defensive and offensive responsibilities, the art of a proper central midfielder – one who gets dirty in the tackle near his own box and then ghosts into the opposition box to finish an attacking move – isn’t yet out of vogue but the number of such all-rounders are fast dwindling.

Ramsey is one, who barely plays in his preferred position, and there are players of similar ilk like Manchester City’s Yaya Toure, Swansea’s Jonjo Shelvey among others. Here we take a look at the five best central midfielders in the Premier League.

5. Dele Alli (Tottenham Hotspur): The 19-year-old is only playing his first season in the Premier League, but he has taken to the rough and tumble of the top flight like a duck to water. Alli has played at the base of Tottenham’s midfield as well as higher up, scoring three goals and setting up another. 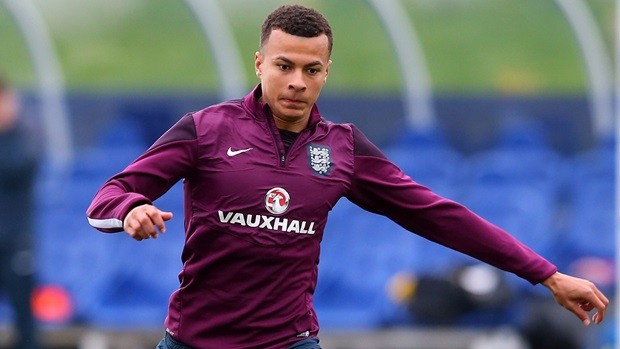 The youngster’s rise to prominence culminated in his first England call-up in October this year, and he vindicated his selection by scoring against France last month. His good form is testament to Spurs’ boss Mauricio Pochettino’s continued trust in him, and has been an ever-present in the side.

Alli’s key contribution to Spurs this season is reflected in his stats. Aside from his direct contribution to goals, he has been defensively tenacious and offensively effervescent. He has clearly been one of the best midfielders of the Premier League this season.

4. Yohan Cabaye (Crystal Palace): Cabaye arrived at Palace only this summer, but has been playing like he has been in the Eagles’ books for years. The 29-year-old is one of the most consistent players in Palace’s ranks, and his invaluable drive from midfield is one of the reasons Palace find themselves high up (6th) in the Premier League standings.

Cabaye is statistically the most impressive central midfielder in England’s top flight this season. His 3.1 tackles per game is the highest among roving midfielders, while he intercepts the ball at a rate of 3.8 per game, second highest in the division. Add to them his 2.2 shots per game ratio and 1.5 key passes per game and we have the complete midfielder in the Premier League in Cabaye.

His goal against Southampton at the weekend showed his prowess in front of goal, as he ghosted into the Saints box to coolly slot home the winner. That goal was the Frenchman’s fifth of the season, and he currently leads Palace’s scoring charts. His pass completion percentage of 84.1 clearly sees him towering over his peers.

3. Yaya Toure (Manchester City): Toure started the season for the Citizen like a train but has somewhat faded like City’s form in recent weeks. However, the Ivorian remains one of the top midfielders of the Premier League and the fact City’s title aspirations rest on the shoulders of Toure emphasises his significance.

Toure has been in good form this term, and already has two goals and five assists to his name thus far. Like Cazorla, Toure has had little in the way of defensive responsibilities owing to City playing with two midfield pivots and usually dominating proceedings, but has been important in ticking things over in the second phase of City’s play.

Toure’s pass completion rate of 87.3 is one of the best for a midfielder in the division, while he attempts a shot every 30 minutes in a game. He also lays off a shot assist for his team thrice every two games, while also chipping in with defensive actions as well.

2. Aaron Ramsey (Arsenal): The fact Toure and Ramsey will square off against each other in a top-of-the-table league clash is a great base to determine who comes out on top in this list. Toure, like Cazorla, has had little in the way of defensive responsibilities owing to City playing with two pivots and usually dominating proceedings, but Toure is yet to fire on all cylinders this season.

Similarly, Ramsey being played out of position for most of the season skews his stats somewhat, but his defensive diligence and ability to consistently trouble the opposition goalkeeper makes him one of the specimen central midfielders in England. The 24-year-old averages more than three shots per game, more than any other central midfielder, while also lending a defensive helping hand whenever needed.

On the other hand, Toure’s direct involvement in seven goals this season in the Premier League for City marks him out as one of the Citizen’s more potent attacking tools. Both Ramsey and Toure average good passing stats, expected given they play for the two best teams in the division, and next Monday’s clash in north London will be one of the most intriguing central midfield battles of recent times.

1. Santi Cazorla (Arsenal): Santi Cazorla holds the midfield key for the current Arsenal side. The Spaniard is currently out injured and had suffered a dip in performance before the calamity struck, but he is the bona fide star in the Gunners midfield. Cazorla’s positional discipline has meant he has seamlessly settled into a deeper role, after playing mostly in an advanced role in the early parts of his career.

Cazorla’s defensive numbers are not in the pedestal of Milner or Cabaye owing to he fact the usually plays with a specialist destroyer (Francis Coquelin) in midfield, but he has racked up good numbers of almost four tackles and interceptions per game nonetheless. But it is in the advanced areas that Cazorla’s qualities shine through.

The 30-year-old’s passing percentage of 90.3 is understandable given the way Arsenal play, while his almost three key passes per game makes him stand out. Cazorla assists three shots per game, an impressive average given most of Arsenal’s attacking third play go through Mesut Ozil. The Spain international isn’t shy to take a shot himself, averaging almost two per game, but has yet to find the net this season.