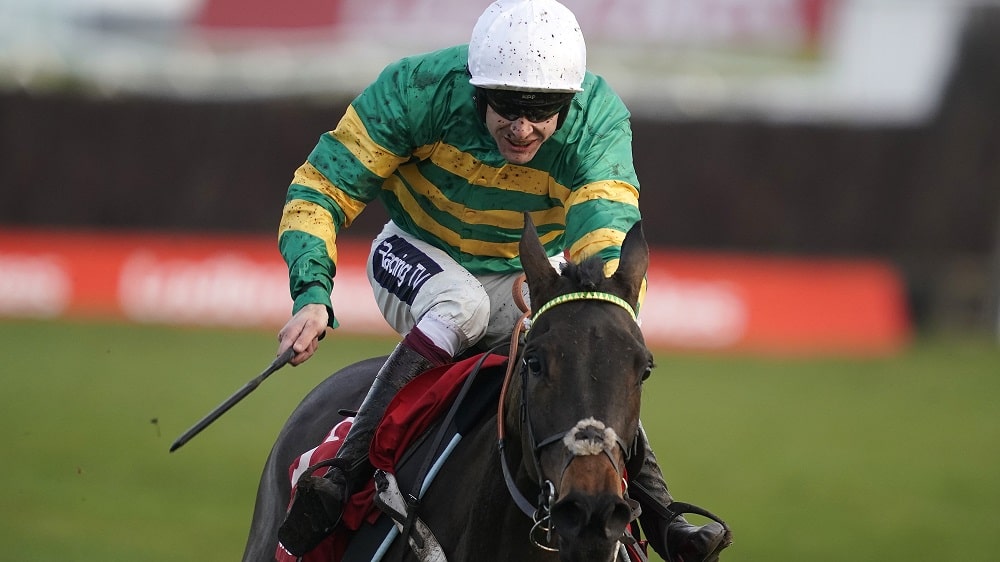 There is a history of drama in this race. From first flight carnage 12 months ago to the horrific, freak injury suffered by Buveur D’Air in 2019, be prepared for shocks and surprises. High-profile Irish raiders Apple’s Jade and Samcro were both turned over in the Fighting Fifth with Newcastle a graveyard for favourites.

Only four of the last 12 market leaders on horse racing betting sites delivered the goods at Gosforth Park. Four of the last five Fighting Fifth Hurdle winners landed the spoils on reappearance but a longer term view paints a different picture. Half of the last dozen victors came to Newcastle off the back of at least one run.

Normally, it pays to side with youth here. Nine of the last 12 Fighting Fifth Hurdle heroes were no older than six. However, this year’s field are seven, eight or nine with one exception. Ten of the previous dozen successful horses had an official rating of above 150 with eight of those 12 on marks of 153 or higher. See who the Newcastle Fighting Fifth Hurdle fancies are in this renewal…

Why Epatante has the shortest Fighting Fifth Hurdle odds

Last year’s winner Epatante tries to emulate owner-stable companion Buveur D’Air in becoming a dual winner. Trained by Nicky Henderson, the most successful handler in the race’s history with six victories, this seven-year-old No Risk At All mare remains a top hurdler. Owner JP McManus has five wins with four of those since 2013.

Epatante cruised to a 4 1/4 lengths success over the re-opposing Sceau Royal here 12 months ago, but nothing has gone right since. The manner of her facile success despite the dramatic turn of events over course and distance suggested she retained all her ability. However, Epatante found herself humbled by Silver Streak in the Grade 1 Christmas Hurdle at Kempton on Boxing Day.

Turned over at 1/5, she shaped as if something were amiss. A back problem surfaced, something Epatante has had more work on over the summer. In her defence of the Champion Hurdle at the Cheltenham Festival in March, she could only come third to Honeysuckle. Epatante also filled the same spot in the Punchestown equivalent.

That remains the best form on offer, however. Sharjah, home in front of Epatante on both occasions, came out and won the Morgiana Hurdle earlier this month. It’s now a question of if she retains her ability. Epatante is odds against at 6/5 with Betfred for Fighting Fifth glory. That will appeal to some punters but a watching brief with her may be best.

Sceau Royal race-fit and as good as ever

Forecast good ground suits last year’s runner-up Sceau Royal to a tee. There is some four lengths with Epatante to find on that form but Alan King’s evergreen nine-year-old has looked as good as ever. He heads to Newcastle off the back of consecutive wins again, defeating the aforementioned Silver Streak at Kempton and then landing the Elite Hurdle at Wincanton for a third time.

There is no question that Sceau Royal retains all of his old ability. It is simply a matter of whether that fitness edge over his main market rivals matters. That wasn’t an issue for Epatante 12 months ago, as she swept by Sceau Royal despite an incident-packed race. Simon Munir and Isaac Souede’s Doctor Dino gelding has been a magnificent servant.

King has placed his charge remarkably well down the years. The Fighting Fifth Hurdle demands more from Sceau Royal, though. He has the joint top rating in the line-up off 158. There is no obvious reason why he shouldn’t confirm Kempton form with Silver Streak either. With best Fighting Fifth Hurdle odds of 9/2, Sceau Royal rates the best value and looks a free each way bet.

Back Sceau Royal with William Hill

Monmiral mixing it up with heavyweights

Champion trainer Paul Nicholls won this twice with Irving (2014 and 2016), so knows how it’s done. As he cannot run Monmiral in the Gerry Fellden at Newbury due to ineligibility, connections come to Newcastle instead. It is tough for four-year-olds stepping into open company, yet this French import has done nothing wrong since joining Ditcheat.

A cross-Channel purchase following an Auteuil win, Monmiral has won all four of his UK starts. Unbeaten in five races, this Saint Des Saints gelding followed-up on his British bow at Exeter with a romp in the Grade 2 Summit Juvenile Hurdle at Doncaster. Following a mid-winter break, Monmiral completed his hat-trick at Haydock in the Victor Ludorum.

Connections swerved Cheltenham and ran at Aintree instead. Monmiral surged some seven lengths clear of Triumph Hurdle runner-up Adagio, who has since filled the same spot in the Greatwood at Cheltenham, for a Grade 1 victory. He is no longer a juvenile, though, so the Fighting Fifth is the acid test. Monmiral is a best-price 100/30 with Bet365 to build on his fine campaign and extend that undefeated streak here.

Bet on Monmiral with Bet365

Silver Streak has only ever won once above Listed level outside of handicaps. Evan Williams tries this race again after disaster struck 12 months ago. The popular grey Dark Angel gelding got carried out by the loose and re-opposing Not So Sleepy approaching the second flight. Don’t be surprised if Silver Streak is kept as far away as possible from that one.

The eight-year-old made up for that when landing the Christmas Hurdle, but hasn’t run to form since. Silver Streak was third in the 2019 Champion Hurdle, yet finished sixth in each of the last two years at Cheltenham. Williams tried him over further in the Aintree Hurdle on his final start of last term but the horse didn’t get the 2m 4f trip.

As Silver Streak meets Sceau Royal off exactly the same terms from Kempton in October here, there is no real reason why he should turn the tables. Odds of 8/1 with BoyleSports may be big for a Grade 1 winner but there’s something to prove.

The other two Fighting Fifth runners just don’t appeal at all. Not So Sleepy‘s antics pretty much ruined the race last year. On that evidence, the Hughie Morrison trained nine-year-old cannot be trusted. Voix Du Reve is the rank outsider for Scottish handler Iain Jardine, meanwhile. He has about a stone to find with the market principals here, so cannot be fancied.