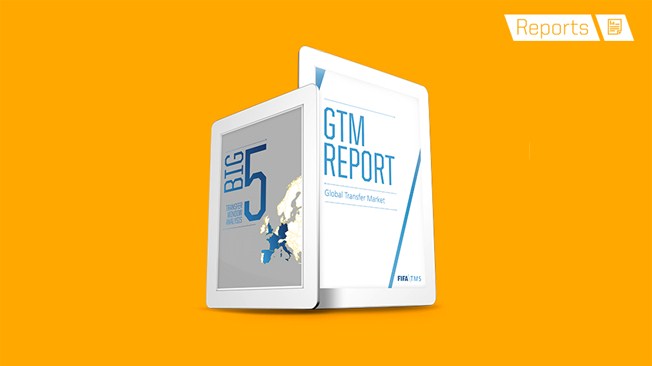 FIFA Transfer Matching System (TMS) released a Big 5 report today and it suggests England are the big spenders in the transfer market. They are joined by France, Germany, Italy and Spain as the other top four countries to splash the cash in signing players.

In this year’s special report, it includes the official figures of the worldwide transfers. Since 2013, 57 percent of the money spent is on the players’ wages, while the remaining 41 and two percent is on transfer fee and agent’s commission.

Manchester City and Manchester United have splashed the cash in the recently concluded summer transfer window, while Arsene Wenger has made sure Arsenal do not spend heavily, despite having a budget at their disposal.

The Premier League is one of the most competitive leagues in the world and the mid-table teams have also invested in order to bolster their squad. According to the Premier League’s official website, the net transfer spend of this summer is £432.6m, with an increase of £46.1m when compared with last season.

The FIFA TMS suggests English clubs are the big spenders and they have spent close to $1bn (£650m), double than any other league have splashed.

In Spain, their spending is around $495m (£322m) and have seen a 23 percent decrease when compared to last year. Meanwhile, French clubs have spent close to $270m (£175.5m) this summer, with Angel Di Maria’s move from Manchester United to Paris Saint-Germain being one of the big name players in Ligue 1.

According to FIFA TMS’s big 5 report, more than 50 percent of the funds have been used for players’ salaries since 2013.

“This year, for the first time, the transfer window analysis includes a special report disclosing the official salary figures for all worldwide transfers. The findings reveal that since 2013, player salaries have constituted 57% of the funds circulated in the international transfer market. Transfer fees accounted for 41% and club intermediary commissions the remaining 2%.”

Speaking about the launch of the Big 5 report, FIFA TMS General Manager Mark Goddard said: “Most of the transfers discussed in the media involve large transfer fees, but in reality, only 13% of all worldwide transfers involve the payment of a fee. Salaries, though, are part of every single contract.