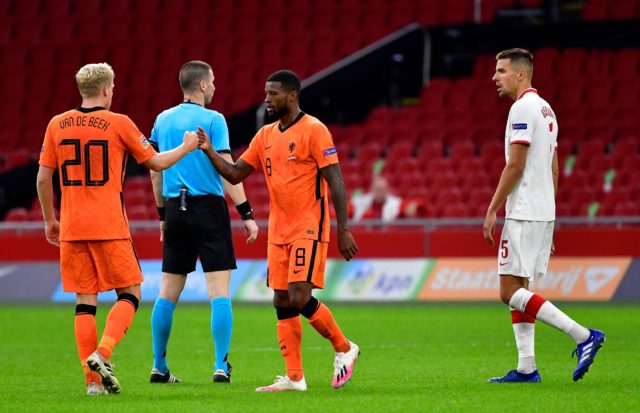 La Liga giants Barcelona are expected to make a formal move in the next few days to sign Liverpool midfielder Gini Wijnaldum.

According to transfer expert, Fabrizio Romano, Barcelona are keen to sign Wijnaldum and Memphis Depay from Liverpool and Lyon respectively.

Romano claims that Barcelona are expected to submit official bids to Liverpool and Lyon in the next few days.

The Spanish club are confident of landing them this summer, and they believe it would cost around €50/55m for both of them.

Barcelona are now focused on selling players. But the board already contacted Gini Wijnaldum and Memphis Depay agents.
Barça are expected to submit official bids to Liverpool and OL on next few days – they’re convinced to sign “both for less than €50/55m”. 🛑 #FCB #LFC #Barça

Wijnaldum, who is on £75k-per-week wages at Anfield, is looking to move with less than 12 months left on his Liverpool contract.

According to reports from The Mirror, the Reds are demanding £15m for the former Newcastle midfielder.

Liverpool signed the Dutch midfielder for £23million when he arrived from Newcastle four years ago. He has been a key player for Jurgen Klopp’s side, and his departure will be a massive blow for the Reds.

The German boss wants to bring in Bayern Munich’s Thiago Alcantara this summer, and Wijnaldum’s exit could pave the way for his arrival. However, Liverpool feel that Bayern’s £30million asking price is too high.