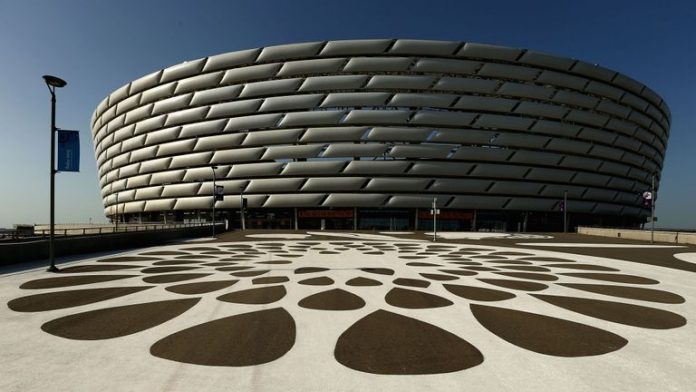 The 2019 Europa League Final is an all-Premier League affair as Arsenal and Chelsea go head-to-head in Baku on Wednesday, May 29.

A victory for the Gunners would secure a spot in next season’s Champions League after they missed out on qualifying via their league position.

Chelsea are guaranteed a place in Europe’s top club competition next term, but that won’t stop them going all out to beat Arsenal.

The big news ahead of the final was the announcement by Arsenal’s Armenian midfielder, Henrikh Mkhitaryan, saying he will not take part in the game.

The 30-year-old has claimed he fears for his safety in Baku due to ongoing political tensions between Azerbaijan and Armenia.

The Gunners are without Aaron Ramsey due to a thigh injury, while Hector Bellerin, Rob Holding and Denis Suarez are all sidelined.

Chelsea midfielder N’Golo Kante has been chosen in the starting XI despite struggling with injuries over the past few weeks, while Olivier Giroud gets the nod up front ahead of Gonzalo Higuain.

Antonio Rudiger, Ruben Loftus-Cheek and Callum Hudson-Odoi all miss out after undergoing surgery on their respective injuries.

Arsenal progressed from their opening group after picking up 16 points from a possible 18 to finish ahead of Sporting Lisbon, Vorskla Poltava and Qarabag.

They had to recover from first leg deficits to see off BATE Borisov and Rennes in the first two knockout rounds, but found things easier against Napoli and Valencia in the quarter-finals and semi-finals.

Chelsea topped a group containing BATE, MOL Vidi and PAOK, before breezing past Malmo and Dynamo Kiev in the knockout rounds.

Slavia Prague proved tough opposition in the last eight, but the Blues resisted a second leg fightback to book their place in the semi-finals.

Both legs of their tie against Eintracht Frankfurt ended 1-1, but Eden Hazard kept his nerve in the penalty shoot-out to fire Chelsea through.

The final could be a tight affair, with both sides heading into the game in decent form. Arsenal are unbeaten in their last four matches, while Chelsea have gone seven games without defeat.

The two sides each won their respective home games against each other in the Premier League this season and it would be no surprise if extra-time and penalties were needed to separate them in the final.

Follow our live blog on Wednesday for updates throughout the match.