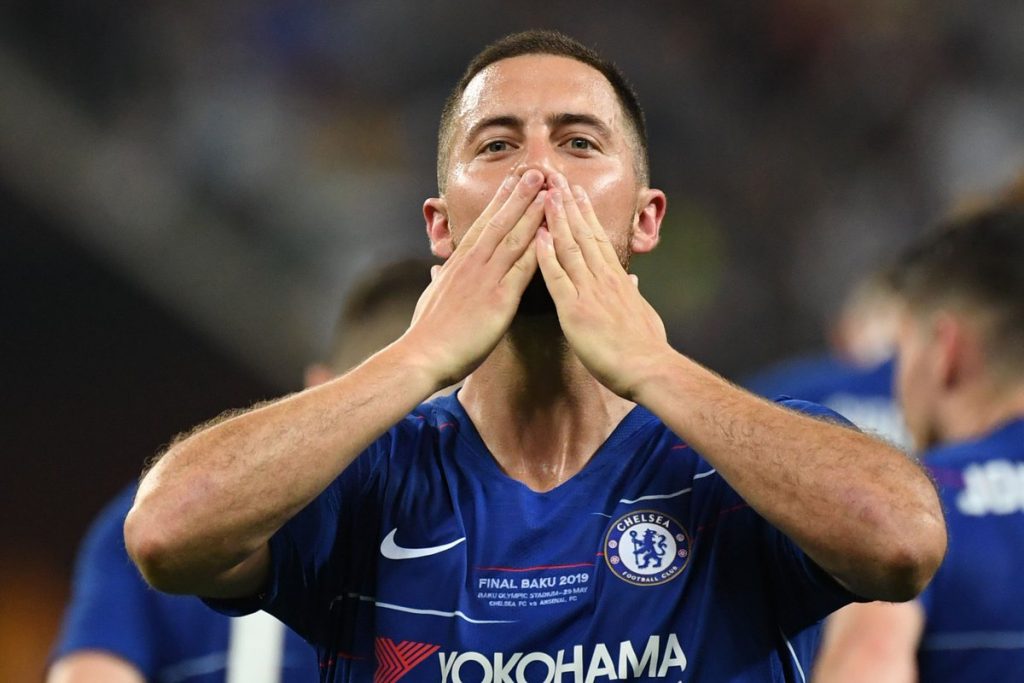 Chelsea claimed the Europa League title with a dominant second-half display against Arsenal on Wednesday.

Eden Hazard weighed in with a couple of goals as the Blues ran out 4-1 winners. Olivier Giroud and Pedro were also on target, while Alex Iwobi grabbed Arsenal’s consolation.

Hazard was superb for Chelsea after the break in what is likely to be his final game for the club. The Belgian told reporters after the final that he thinks “it is goodbye”, with a move to Real Madrid expected to be confirmed this summer.

The result means a third consecutive season without Champions League football for Arsenal – their longest spell out of Europe’s top tournament since the 1990s.

The Gunners were the better side in the first-half, but fell apart after the break as Chelsea exposed their shaky defence.

Alexandre Lacazette had a penalty appeal turned down, while Granit Xhaka clipped the bar with a fine long-range effort.

Chelsea started the second-half on the front foot and deservedly took the lead as Giroud’s diving header flew past Cech.

It was his 11th of the Europa League campaign to make him the outright top scorer in the competition.

Chelsea doubled their lead on the hour through Pedro and quickly made it 3-0 as Hazard fired home from the penalty spot after Ainsley Maitland-Niles bundled Giroud over in the box.

Arsenal grabbed a glimmer of hope in the 69th minute as Alex Iwobi produced a stunning effort which gave Kepa no chance.

However, Chelsea were not to be denied as Hazard added a fourth just minutes later to complete a comfortable victory.

The playmaker attempted to evade questions about his future after the game, but his comments suggested he is on his way out of Stamford Bridge.

“We will decide in a few days and the only target in my mind tonight was to win this final,” he told BT Sport.

“I have made my decision already and now I’m waiting on both clubs. I think it is a goodbye, but in football you never know.

“My dream was to play in the Premier League and I have done that for one of the biggest clubs so maybe now it is the time for a new challenge.”