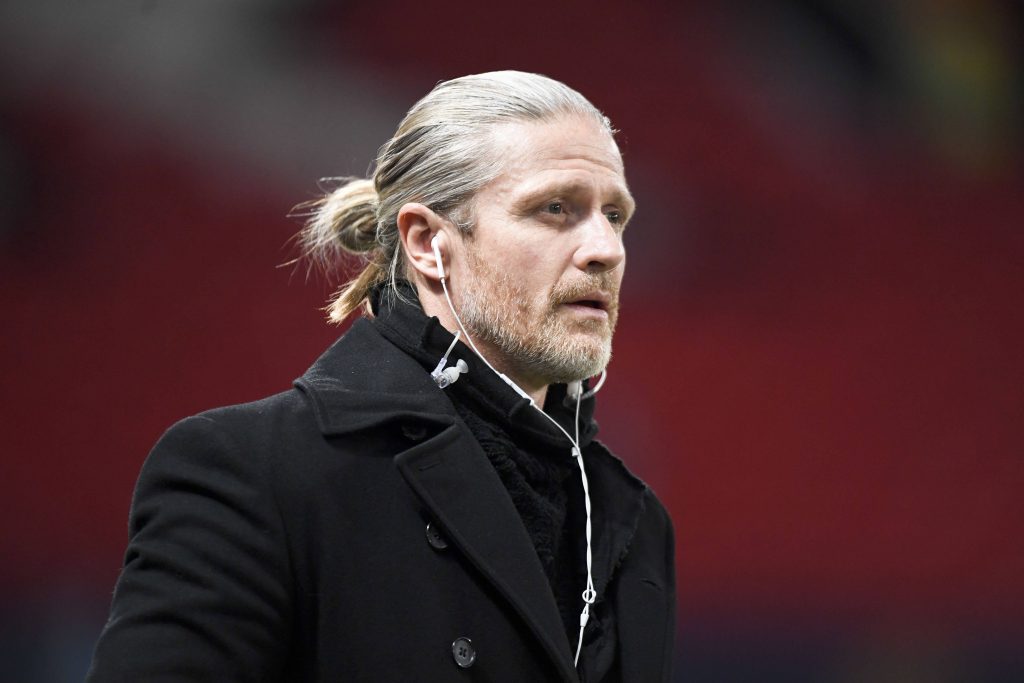 Former Arsenal midfielder Emmanuel Petit has launched a scathing attack on the Gunners players, claiming that some see the club as a vacation home.

Petit played for Arsenal between 1997 and 2000, winning the Premier League and FA Cup during that time.

The club have been on somewhat of a slippery slope to mediocrity since then.

The Londoners sit 10th in the Premier League table after an embarrassing 3-0 defeat to Liverpool on Saturday.

Petit has now explained where Arsenal are going wrong and what Mikel Arteta must do to rectify it.

“I think some of those youngsters can become very good in years from now – but to do that, they need to see an example being set by the senior players,” he told the Ladbrokes blog.

“It shouldn’t be at a club like Arsenal that the younger players are the only ones showing passion, fight and aggression.

“If you took away the name ‘Arsenal’ and looked at that group of players… average. At the end of the season, if I’m Arsenal, if I’m Arteta, if I’m on the board, to be honest with you, I think my main concern is getting half of the dressing room out.”

Petit has hit the nail on the head in terms of the older players at Arsenal.

While the younger players are the most exciting in the squad, it should be the older generation who guide them.

Instead, the older players are the ones coming under the most criticism recently.

Pierre-Emerick Aubameyang was heavily criticised for his effort levels against Liverpool and has been recently dropped by Mikel Arteta for breaking club rules.

As Petit points out, Arsenal need a complete rehaul of their squad.

With a new era of truly talented youngsters coming through, Arteta must find the right players to complement that.

If they can do that this summer, maybe the Gunners will finally start moving in the right direction again.