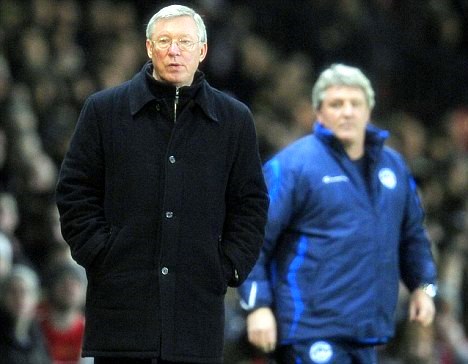 The big clubs of England play the minnows this weekend with odds largely in favor of the giants formerly known as the ‘top 4’. Here’s a look at the betting situation heading into the Matchday 11 of the English Premier League.

Arsenal are on a roll and the bookmakers have taken no chances by chalking them up at a top price of 1.44 to a best price to beat West Brom at the Emirates and continue their rise up the table.

However if form is anything to go by then they have got it right as the Gunners are now unbeaten in last six matches in all competitions and come into this following an unbelievable 5-3 win over Chelsea at Stamford Bridge last weekend.

That win made it three wins on the bounce in the Premiership and took them into seventh place in the table – just three points off a top four position.

Robin van Persie made it 28 goals in his last 27 league games with a brilliant hat-trick against Chelsea, and there is no reason not to stick with him repeating the dose again.

The Dutchman is a standout 4.33 with bet365 to net the opener, and that has to be worth a punt given that he is generally a 3.75 shot. The 1.73 on offer with bet365 and Boylesports also looks a great bet.

Another interesting wager is when the first goal is scored that really catches my eye.

There have been four goals scored in the opening 10 minutes of the last four league meetings between Arsenal and West Brom, and the Baggies have scored more goals in the opening 15 minutes (five) than any other Premier League team this term.

Paddy Power go 1.91 that a goal is score in the first 22 minutes, and the stat suggests that’s a decent play.

It seems incredible that Chelsea’s visit to Ewood Park to take on Blackburn Rovers has become a must win game if they are to keep tabs on the league leaders.

But that’s the case as the Blues have now lost their last two in the Premiership and find themselves sitting in fourth place, but more worryingly nine points behind table toppers Manchester City.

However this represents a golden opportunity for them to get things back on track, and they are a top priced 1.5 with Boylesports to bag a vital 3 points.

That stats are certainly good for Chelsea as they have lost just two of the last 18 against Rovers (W13 D3 L2), and their opponents have been woeful this season and won just once.

Another plus is that Anelka has a terrific scoring record against Blackburn.

He has scored 12 goals in 16 league Premier League games (five in six appearances for Chelsea) and that makes him plenty of appeal at 6.5 with bet365 to net the opener.

I think fancy this could end up 3-0 or 4-0 for Andres Villas-Boas men.

The first score can be backed at 10 with bet365 and Boylesports, while the latter is a whopping 23 with Boylesports.

Manchester United are a top priced 1.25 to beat former old boy Steve Bruce’s Sunderland at Old Trafford, and if the form book is anything to go by then they should stroll to victory against the Black Cats.

Since losing 6-1 to City in the Manchester derby Sir Alex Ferguson’s side have won their last three in all competitions – keeping a clean sheet on each occasion.

The stats are certainly good for them in this clash as since losing to Sunderland in 1997, United have won 13 and lost none of the subsequent 18 Premier League matches between the two.

The visitors have also failed to score in seven of their last nine Premier League games against the Reds, and I don’t need to tell you how good United’s record is at home.

It really should be a case of another three points in the bag for Sir Alex’s young guns and they are a top priced 1.25 for victory.

That’s plenty short enough from a punting perspective, but the 1.73 about them in the HT/FT market with bet365 does make plenty of appeal.

I like the look of Hernandez in the first goal scorer market, and he can be backed at a standout 5 with bet365.

You can also get even money (2) with bet365 and Paddy Power about United winning and keeping a clean sheet, and that certainly appeals as a bit of value compared to their outright odds to win.

Liverpool are a top priced 1.36 to beat Swansea at Anfield this weekend and it would take a brave man to bet against them given their current run of form.

The Reds are now unbeaten in their last seven matches in all competitions (five in the league) and were dominant in their 2-0 victory away to West Brom at the Hawthorns last weekend where they spurned plenty of chances in front of goal and could have scored by a much wider margin.

Although Luis Suarez did not get on the score sheet in that game he was once again outstanding and instrumental in the win for Dalglish’s men.

The Uruguayan had a hand in both goals in a game, being chopped down for the penalty slotted away by Charlie Adams and then setting up Andy Carroll for the second.

He was ultra sharp once again and looked a real threat whenever he was on the ball, and the Swansea defence is set to be terrorised if he is in the same form.

Not surprisingly he heads the betting in the first goal scorer market, but at 4 with bet365, Betfred and Paddy Power he looks a fair price and worth a punt given that Swansea are yet to win on the road this season and have taken just one point out of a possible 15.

Indeed it’s hard not to see him netting in what should be a comfortable success for the Reds, so the 1.73 on offer with Betfred and Boylesports about him scoring any time in the 90 minutes looks good for those who like to play at odds-on.