Diego Costa and Gabriel charged by FA, Chelsea star could be banned 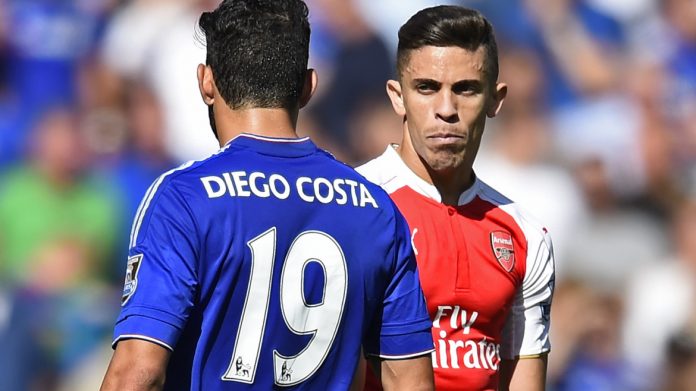 Join our Telegram channel to stay up to date on the latest in marketing
View image | gettyimages.com

Diego Costa faces the prospect of a three match ban after the Chelsea striker was charged with violent conduct by the FA.

The Chelsea striker has been charged for his clash with Laurent Koscielny. Costa tried to slap the Arsenal defender with his left arm, before he tried to eye gouge the French international.

FA confirmed that the referee Mike Dean had missed the incident during the game and therefore the authorities will intervene and have decided to charge the Chelsea player.

Furthermore, Gabriel has also been charged with improper conduct for his stamp on Diego Costa. The Arsenal defender engaged in a bizarre spat with Costa, and was red carded for a stamp on the Chelsea star.

Diego Costa has until 6pm on Tuesday to respond to the charge. Elsewhere, Arsene Wenger is hoping to reduce Gabriel’s potential three match ban by submitting a dual claim for wrongful dismissal.

“Each referee panel member will review the video footage independently of one another to determine whether they consider it a sending off offence,” said the FA in a statement. “For retrospective action to be taken, and an FA charge to follow, the decision by the panel must be unanimous.”

Both Costa and Gabriel will be huge losses to their respective sides, but with Spurs coming up, Arsenal are probably more worried about their suspensions (Cazorla and Gabriel).

As far as Costa is concerned, it will be interesting to see how he reacts to this potential ban. The player already picked up a similar ban last season for his stamp on Emre Can, but seemed reluctant to change his ways.

Will he finally learn his lesson? or is it going to get worse with the FA involved?