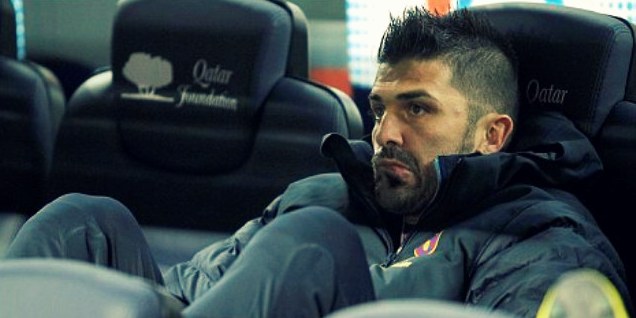 Reports in Spain suggest that Barcelona forward David Villa’s time at Camp Nou may be up this summer, with the La Liga Champions eager to cash in on the attacker to fund moves for new players.

A host of English sides are in the hunt for the experienced marksman, however it is believed that David Villa prefers a move to Tottenham over their north London rivals Arsenal, as long as the White Hart Lane side qualify for the Champions League.

Villa’s pedigree, despite being 31, is second to none. The former Valencia man has hit the back of the net consistently over the last number of years in Catalunya, and 53 international goals to boot shows his ability.

However, with extreme competition for places at Barcelona, Villa has not been assured of a place in the Blaugrana first team since he broke his leg at the World Club Cup in 2011. With the World Cup just over 12 months away, David Villa may seek a move elsewhere to get regular first-team football and assure a place on the Spanish plane to Brazil.

Arsenal have been linked consistently with Villa over the last 12 months, however it is believed that Spurs boss Andre Villas-Boas is a big admirer of the diminutive forward. Spanish newspaper Sport claim that AVB has won the war of words in Villa’s ear against Arsene Wenger, and convinced the forward that he should move to the ever-improving White Hart Lane outfit.

Barcelona are willing to sell David Villa to fund transfers, but Spurs have reportedly set their maximum bid at £12 million – whether the Catalans will accept this or not remains to be seen. Villa turns 32 in December, and despite his ability there is little or no sell-on potential for the player. 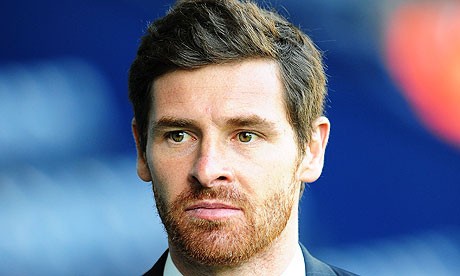 Villa has not shown the form post-injury that made him one of the most lethal marksmen in the world game before it, but it clear that the attacker still has a lot to offer. His presence would be a substantial boost for either of the north London sides, with both in need of a predatory touch.

His ability on the ball, and the guidance he could provide to younger players would be invaluable. Lastly, if he signed or Spurs it would be a real statement of intent for the White Hart Lane club, and could convince others to follow suit.

However, it would appear that the deciding factor in Villa’s destination could be determined this weekend, with whoever finishes in the top four in pole position to capture the attacker.

Whether there is any truth in Villa’s preference to move to Tottenham or not, the attacker would surely be reluctant to leave Barcelona to play Europa League football next term.

If Tottenham can sneak into the top four somehow, Villa is certainly the type and calibre of player they need to take them to the next level. Whether or not they have the pulling power to sign a player of his quality could well be decided by Arsenal, and what result they get against Newcastle this Sunday.