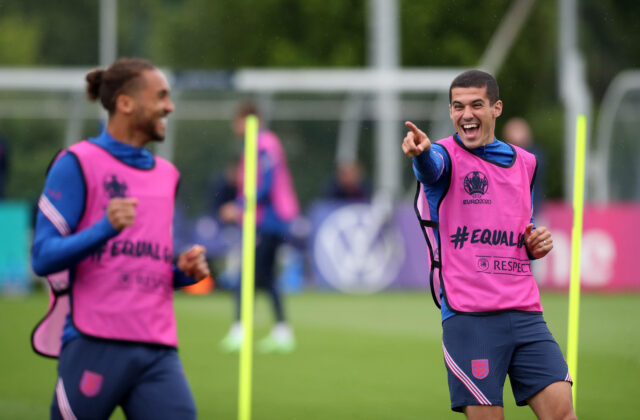 Former Arsenal goalkeeper David Seaman has suggested that the Gunners should sign Dominic Calvert-Lewin from Everton this summer.

The Everton striker has a contract at the club until 2025, but he has been linked with a move away from the Merseyside club.

The Gunners are hoping to bolster their attacking department this summer and have earmarked Calvert-Lewin as a potential option.

Arsenal are also checking on other options with Alexander Isak and Yuri Alberto being targeted. However, Calvert-Lewin would be a quality signing for the club.

Seaman suggested to talkSPORT that Calvert-Lewin would be an excellent acquisition for his former club.

“That would be a great signing,” said Seaman. “You want to be attracting those kind of players.

“Whether it happens, we will wait and see. With his proven goalscoring record, why not?”

Strengthening the forward department is one of Mikel Arteta’s top priorities this summer, with the future of Alexandre Lacazette remaining in doubt.

Lacazette’s contract with Arsenal expires in the summer of 2022, and the Gunners are likely to sell him to avoid losing him for free.

According to a recent report from The Telegraph, the Gunners are monitoring Calvert-Lewin, and they are prepared to pay upwards of £50 million for the England striker.

The Gunners are reportedly keen admirers of the 24-year-old, who scored 21 goals in 39 games across all competitions for the Toffees last season.

Arsenal are also reportedly close to securing a deal for Ben White.