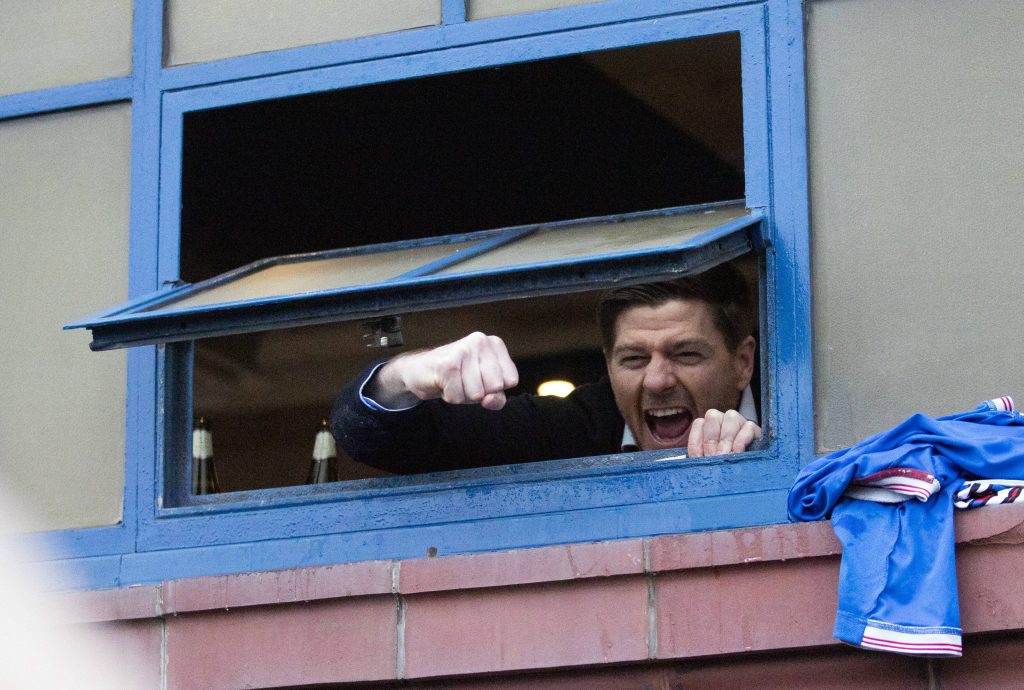 The Ibrox outfit are now 20 points clear at the top of the table with six games left to play.

Steven Gerrard’s side have been remarkable this season and deserve to win the title comfortably. Rangers are unbeaten in their 32 league games, conceding just nine goals.

Apart from the Scottish Premiership, Rangers have also done well in the Europa League, and Gerrard will believe he can lead his side to European glory this year.

Congratulations to @RangersFC on winning the title. And well played Steven Gerrard on a fabulous achievement.

Celtic will be bitterly disappointed with the way this season has unfolded. They were expected to win their 10th league title in a row this year, but Rangers have beaten them to the title comfortably.

The Hoops will be desperate to bounce back strongly next year. They need a major rebuild, and Neil Lennon’s replacement has a big job on his hands.

Read: What Roy Keane had to say about Rangers’ title win and Celtic bouncing back.