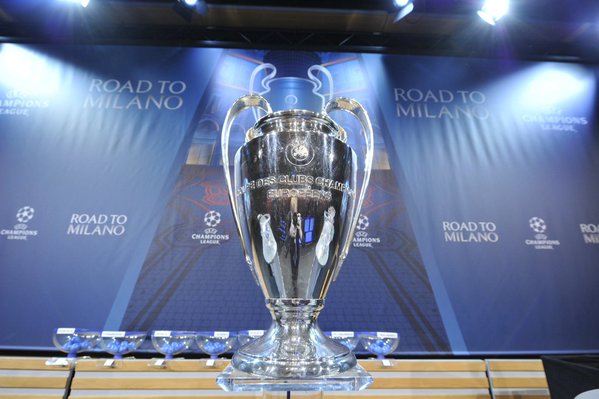 The UEFA Champions League Round of 16 Knock out phase draw was made in Nyon, Switzerland on Monday, and we have some intriguing ties on our hand.

The Group runners up will play the first leg at home, so Arsenal will face Barcelona at the Emirates in the first leg.

Premier League champions Chelsea face French champions Paris Saint Germain again in the Round of 16 ties. Last season, PSG knocked out Chelsea at the same stage – will there be a repeat this time around?

Manchester City travel to Kiev to face Dynamo Kiev in the first leg, and it should be an interesting tie as well. City were eliminated from the Europa League last 16 round in 2010/11 by Dynamo Kiev, and there will be a revenge on the agenda.

Champions League Round of 16 Fixtures

Champions League Round of 16 Dates

Revenge will on the minds when Manchester City face Dynamo Kiev in the first leg of the Round of 16 Champions League knock out tie. Last time when the two sides met, City were knocked out of the Europa League, despite winning the first leg 1-0.

Now that City know their opponent, and know very well they are capable of beating Kiev, they must focus on the league and build a strong momentum ahead of the Champions League tie in February.

The Blues will face PSG in the knock out rounds for the third season running. It is an interesting tie, as by the time PSG face Chelsea in February, they should have become the Champions in France. So, they will head into this fixture on a different mind set. They will be well prepared and put everything into this game. Can the same be said about Chelsea? Well, it all depends on how they perform in December and January. Can they maintain a good momentum?

Anything can happen within 90 mins of football, and that’s why there is always a hope. Arsenal are unpredictable on their day and are well capable of pulling up a shock result. However, they are up against the European Champions Barcelona.