Can Persistence Pay Off for Paco Jémez? 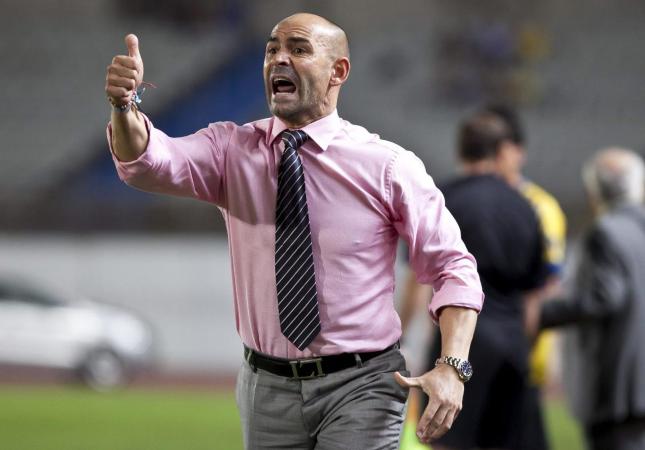 An immensely strong-willed and determined man, the philosophy of Paco Jémez is one which he vehemently defends. A firm believer of playing football in the so-called ‘right way’, Jémez’s possession-based Rayo Vallecano side represents his beliefs and desire as a whole when it comes to the style and methods employed in the beautiful game.

The way of playing which Jémez not just encourages but demands in his players is one which is fully dependent on having the ball and dictating the game themselves, no matter who the opponents are. In fact, in their domestic league games last season, Rayo averaged 58% of possession – the 5th highest in the top 5 European leagues (England, France, Germany, Italy and Spain).

For a club with an incredibly low budget (the lowest in La Liga), an 8th place finish in 2012/13 was a momentous achievement – in fact, if not for their financial struggles, they would have been contesting in this year’s Europa League competition.

It’s a bit of a blessing in disguise that they weren’t allowed to compete in it, due to the huge drain this would have on their relatively small squad, but the success of last year was a real pleasant surprise – both for their economic limitations and attractive (but equally risky) style.  To say that a fight for European contention was even close to their aims for last season would be an outright lie, however, especially after the first few weeks of the league commencing. A couple of heavy defeats led to some calls for a change of style, with pressure mounting on this front with Jémez. Sorting out the problems took time, and as mentioned often led to somewhat embarrassing score-lines, but perseverance proved the right decision in the end.

After having such a fantastic season, the departure of a number of key players in the summer appears to have hurt them, however. One of their first choice centre-backs, Jordi Amat, returned to Espanyol (and then joined Swansea) after his loan spell ended, whilst Javi Fuego, the centre-piece of their midfield rock, left for Valencia. Three of their main attacking players – Léo Baptistão, Delibasic and (top scorer) Piti – all left as well, amongst others, leaving Rayo short on numbers. Numbers were replaced in the end, but the financial constraints of the club meant the sheer quality of these departures was not.

Similarly to the previous campaign, the start of this season has seen some hefty defeats – though this year has been more of a struggle. Their first three away games consisted of two 5-0 defeats (at Atlético and Malaga) and a 4-1 loss at Sevilla, as well as a 4-0 loss at home to Barcelona – a game in which they became the first side to surpass Barça possession-wise since 7th May 2008. It has been a difficult start for Rayo, both fixtures and results-wise, but the principles remain. Somewhat suicidal? Possibly. Refreshing? Absolutely.

The risks they undertake (as Jémez can attest to, with him recently being quoted as saying that “we’re doing more damage to ourselves than anyone else could ever do to us”) with their passing style are huge, and when the inevitable mistakes are made they are often punished. To carry on doing something which has such hazard written all over it for 90 minutes is brave, and bear in mind this is without some of their better players from 2012/13. Positive results against Elche and (in their most recent game) Real Sociedad so far this season are a good indication that success can come as a result of what they do despite these players leaving and, with fixtures easing up a bit over the next few weeks, a better run of form may follow. Tough times are bound to follow too of course, and they have, but hope remains – as always under Jémez – at the Vallecas.

When asked whether he’d consider changing his style, Jémez replied – “Never. I never have and I never will. I believe in what we do.” Paco Jémez and his players have faith. Last season proved it can work. Hopefully, for the sake of beautiful football, this one will too.