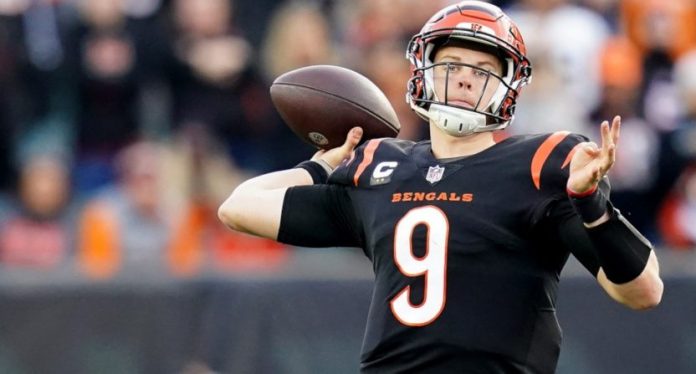 Joe Burrow has spoken about his excitement to return to New Orleans for Saints game, however insisted that the trip is business only ahead of the match on Sunday.

Bengals QB Joe Burrow will forever be a legend in Louisiana, as the former LSU star won both a national championship and the Heisman Trophy in his final season of college football in 2019.

Burrow understands that the fans will not be singing his name on Sunday however, as the 25-year old spoke to the media ahead of his return to New Orleans.

“It’s a place [where] a lot of good memories were made. But it’s a business trip. We’re going in to win a game.

“So I’m excited to go back, excited to see all the fans who supported me. But they’re not going to be cheering for us this time.”

Burrow also displayed confidence in his side ahead of the clash on Sunday, saying the Bengals are slowly getting into their stride this season:

“We’re finding our stride, slowly but surely. We’re learning a lot of lessons from each game.”

The Bengals and the Saints both come into the game boasting 2-3 starts to the campaign, and with only one team able to move back to a .500 record this season, Burrow will be have to be on top of his game for his New Orleans return.