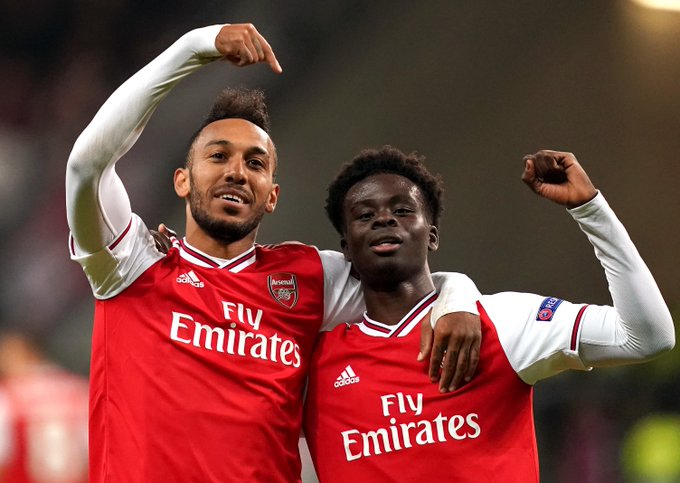 Arsenal produced a fantastic performance in Germany and began their Europa League campaign with a victory on Thursday night.

Bukayo Saka was directly involved in all three Arsenal goals vs. Eintracht Frankfurt.

“This young man means serious business, and you’ll be seeing more of him this season.” 🔥 pic.twitter.com/A4bVZzLEoV

Willock gave the Gunners an early lead through a deflected shot in the first half. Saka scored his first senior goal for the club in the 85th minute.

Saka took to social networking site Twitter after the match and expressed his reaction. He tweeted:

Dream come true to score for @arsenal 😍 and to get 2 assists tops of a special night🙏🏿 pic.twitter.com/HONgguzjFj

The 18-year-old, who was playing for the first team for the first time this season, was outstanding on the left flank. He made a significant contribution during the game, scoring once and setting up the other two goals.

He was the main threat for the Gunners in the first half and produced a fantastic piece of skill to set up the opening foal for Willock.

The youngster could have easily added more goals to his tally had he not spurned a number of chances to increase Arsenal’s lead.

Arsenal enjoyed only 44% of possession. The Gunners registered 16 shots of which they managed to keep six on target.