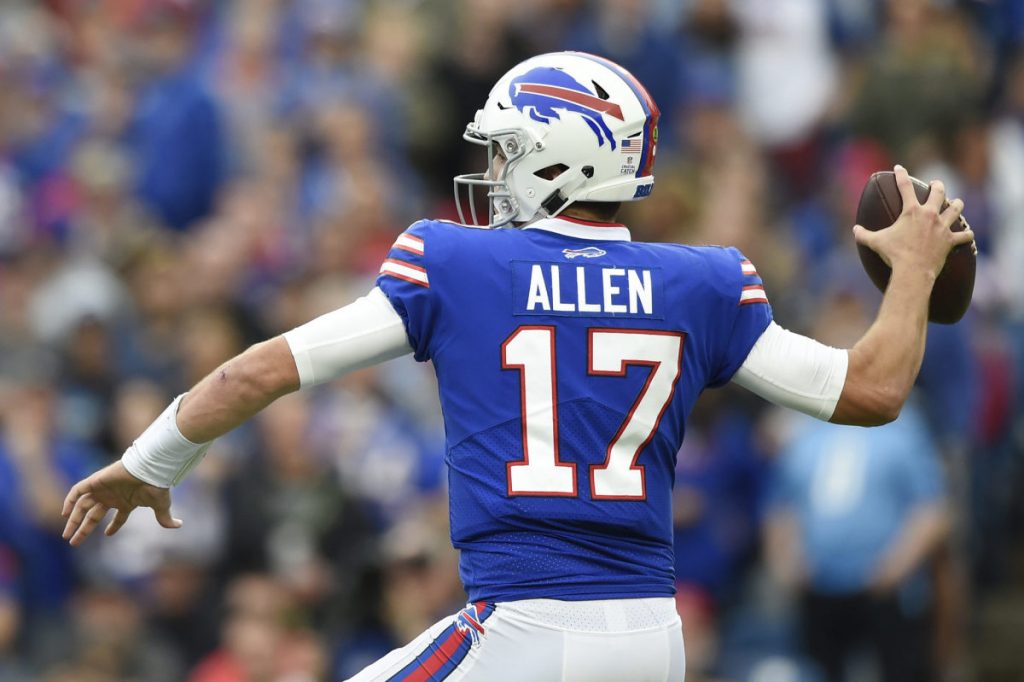 Buffalo Bills QB Josh Allen was named as the AFC Offensive Player of the Week on Wednesday, after his performance in 38-3 Steelers win.

Josh Allen was at the centre of everything good for the Bills this weekend, as the QB completed 20 of 32 passes for 424 passing yards, with four TD throws.

The Bills star was also just a few yards away from setting a new NFL record at the weekend, as with 348 passing yards at halftime Allen was just 11 yards off the all time record in a first half.

Allen threw the Bills’ longest ever touchdown in the franchise history after just 90 seconds against the Steelers, with WR Gabe Davis on hand to receive the pass.

The #Steelers got the Bills to third down … then Josh Allen threw a 98-yard TD to Gabe Davis. pic.twitter.com/JgrWxIOEbx

Davis was full of admiration for his teammate and the Offensive Player of the Week after the 98-yard TD on Sunday:

The Bills and Allen will have to be on top of their game come Sunday, as they face the Kansas City Chiefs who boast the same 4-1 record to open the season in a tantalising match.