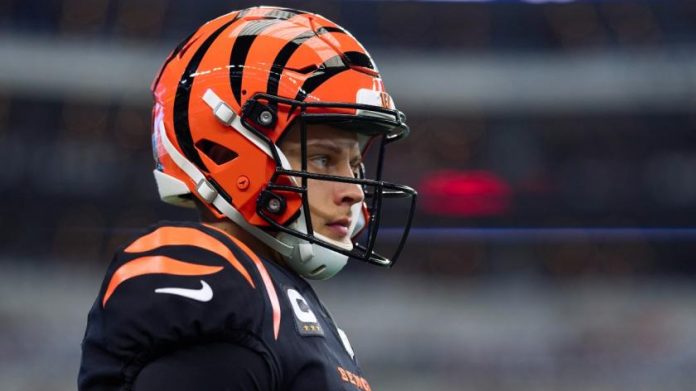 Cincinnati Bengals quarterback Joe Burrow was questioned after the Bengals fell to a second straight defeat over the weekend, where he revealed he has deleted social media apps from his phone.

It has been a disastrous start for the Bengals, who stormed towards last year’s Super Bowl and were just minutes away from a first ever franchise title.

Having won three out of their first four games last season, this campaign has begun in stark contrast after losing to both the Steelers and the Cowboys in three-point defeats, and the pressure is piling on for the reigning AFC champions.

Despite clocking a total of 37 points across their opening two games, star quarterback Joe Burrow and the rest of his offensive line have looked a shadow of the mercurial, dynamic set-up we saw in their fruitful run last season.

Speaking to the press on Wednesday following the Bengals’ 20-17 defeat to Dallas, Burrow expressed he and his team are firmly focused on getting their form back on track, but admitted he had deleted both Twitter and Instagram in order to shut out heavy criticism piling in from fans and pundits.

“I don’t have Twitter or Instagram right now, so I’ve seen none of it,” Burrow said when asked if he’s seen any of the social media reactions.

“I’m sure it’s not a very good reaction, but I think it will be a different reaction once we get going here.”

Joe Burrow next year after being sacked 100 times in 2022 pic.twitter.com/ltMkAjbCk4

Burrows went on to quell any bloated reactions to their turbulent start, urging fans to relax.

“We’re not panicking. We’re 2 games in, we got 15 games left. Everyone just take a deep breath and relax. We’re going to be fine.”

Cincinnati will be up against the 1-1 New York Jets on the road at MetLife Stadium in Week 3.