As Arsene Wenger left the pitch at the Emirates on Saturday, amid a chorus of boos and anger, he must’ve wondered if things could get much worse.

His side had just been knocked out of the FA Cup by unfancied Blackburn Rovers, and a ninth straight year without a trophy looks almost certain now. 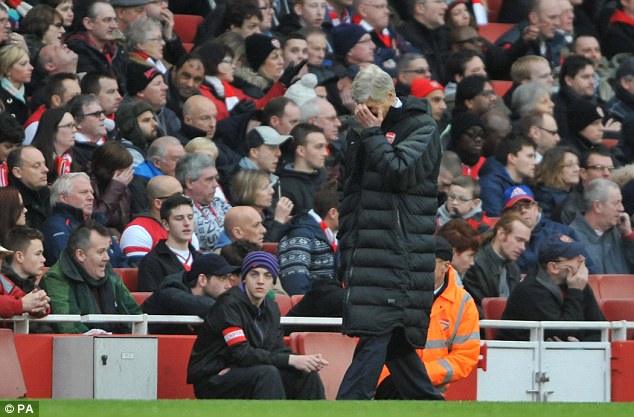 With Bayern Munich awaiting tomorrow night in the Champions League last-16, things could get worse for Wenger.

While many will say this is a perfect opportunity for Arsenal to respond after such a poor result, the German giants are ruthlessly efficient with world-class players. In many ways their couldn’t be a worse team to have to face right now for Arsenal.

Jupp Heynckes’ side currently lie 15 points clear of their nearest challengers, Borussia Dortmund, at the top of the Bundesliga table, and they have emerged as one of the genuine favourites to win the Champions League this season.

In the league, they have conceded just one away goal all season, and just seven in total, which is a truly remarkable statistic.

So what line up will Arsenal face tomorrow night?

Manuel Neuer is the undisputed number one for both club and country, and is one of the top five goalkeepers in world football. At 26, he is still young in goalkeeping terms, and with Iker Casillas and Gianluigi Buffon not getting any younger there is no reason why Neuer can’t be the very best in the business over the next five years. 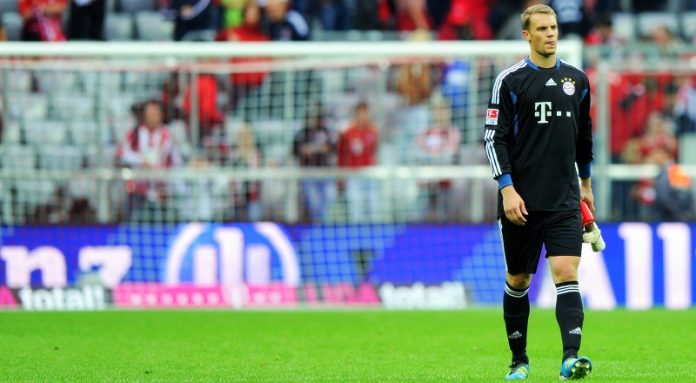 David Alaba and Philipp Lahm will occupy the full-back positions, and both are in terrific form.

20 year old Alaba has blossomed as a left-back under Heynckes, after initially being seen as a versatile player capable of playing several positions. The Austrian already has 18 international caps to his name, and he is equally effective in attacking and defensive situations.

The fact that he has been compared to legendary former Bayern and France left-back, Bixente Lizarazu, shows how highly he is rated.

Lahm, meanwhile, has been one of the world’s most consistent defenders over the last six or seven years, whether it be on the left or right. The 29 year old captain is now one of the most experienced players in the side, and he seems to get better with age.

It will be an key tussle between Lahm and his international teammate Lukas Podolski tomorrow evening.

At centre-back, Dante has been an ever-present all season, and he earned his first cap for Brazil in the friendly defeat to England earlier this month. While he possesses the typical Brazilian flair in his game he is also a very good defender, unlike many of his countrymen over the years.

In the absence of Holger Badstuber and Jerome Boateng through injury, Daniel Van Buyten will come in to the side. Now 35, he is no longer first-choice but, like Jamie Carragher and Rio Ferdinand, he is still more than capable of doing a solid job in the side.

Like many sides these days, Bayern operate with a 4-2-3-1 formation. The two holding midfield positions are filled by world-class talent.

Bastian Schweinsteiger is the heartbeat of the side, combining great play-making ability with astute defensive work. At 28 he is in his prime, despite recent criticism from the likes of Olaf Thon and Gunter Netzer over his performances, and he is one of the most respected midfielders in the game.

Javi Martinez will partner the German in midfield, and the 24 year old Spaniard has been a superb signing from Athletic Bilbao. Martinez is very similar in style to Barcelona’s Sergio Busquets; tall, elegant and the perfect foil for the more attack-minded midfielders.

He is edging closer and closer to becoming more of a regular for Spain, and the fact he can also play in defence makes him an excellent squad player. He is a class act and a joy to watch when on-song. 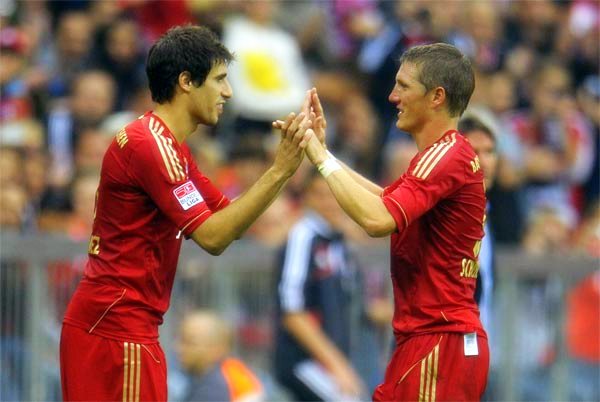 Muller will start on the right and, while not the most technically gifted player, he is hugely effective. He has 14 goals in 25 appearances in all competitions this season and he has the knack of scoring in the big games, just ask Chelsea and England to name a few.

Kroos has been excellent all season, having nailed down a regular spot in the starting eleven. The 23 year old will be deployed behind the striker, dropping back into midfield to help Schweinsteiger and Martinez when Arsenal have the ball.

He has a terrific range of passing, can beat a player and, like most Germans, is extremely reliable and efficient. He is one of the main stars in an exciting generation of young German players, including the likes of Marco Reus, Mario Gotze, Ilkay Gundogan, Mats Hummels and Muller.

Ribery, for all of his undoubted quality, remains an enigma to many football fans. Like Zlatan Ibrahimovic, Ribery has never consistently impressed against English opposition. He is adored at Bayern, however, and is rated by many as one of the best players in Europe; not least by himself.

His dribbling is superb and he is a constant threat cutting in from the left onto his preferred right foot, and if he brings his best form with him to the Emirates tomorrow night Bacary Sagna will have to be at his very best.

Mario Mandzukic is now the main striker at the club, scoring 17 goals this season. The Croatian has ousted Mario Gomez as first-choice, and he has more to offer as an all-round player than the German.

He is strong in the air and at bringing others into play, while his finishing is lethal. Whoever Arsenal’s defensive pairing is will have their work cut out against one of Europe’s most in-form strikers.

In terms of talent in reserve, Bayern have plenty of options.

The aforementioned Gomez is a perfect player to bring on if a goal is needed. Although many feel he is slightly overrated, it is impossible to argue with his hugely impressive goal-scoring record. There have been rumours that he may start against Arsenal, but Mandzukic is the stronger option.

Arjen Robben has seen a mixture of injuries and form deprive him of a definite place in the team these days, but he remains one of the most dangerous, exciting players in world football. His ability to cut onto his left foot is unplayable at times, and it will send a shiver down the spines of many Arsenal fans if he comes on at some point.

Robben has been criticised for going missing in big games, particularly last season’s Champions League final, and he will want to dispel this theory. He is the polar opposite to Muller as a player, and it is Robben’s poor work rate and selfishness that works against him in terms of a starting place. 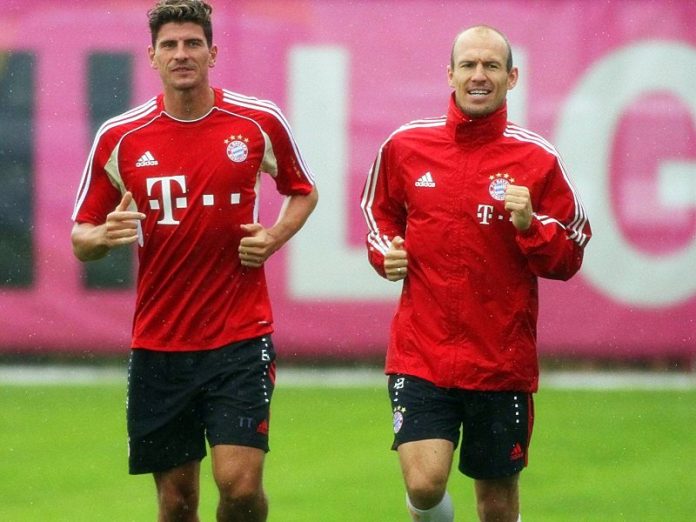 Xherdan Shaqiri is a very talented young Swiss player who hasn’t quite hit the heights many predicted since his move from FC Basel. He has been far from a disaster, however, and his pace and dribbling skills make the 21 year old a very promising young talent and a hugely dangerous player to bring on when legs are tiring.

Luiz Gustavo is a more than capable replacement in defensive midfield if Schweinsteiger or Martinez get injured. Equally, he is a very good person to bring on if Heynckes wants to shore things up a bit and hold onto a lead.

Bayern Munich head to North London full of confidence, with a side good enough to win this season’s Champions League. The Arsenal side they will face couldn’t be more contrasting, and it seems impossible to see anything other than a Bayern victory over the two legs. Football can be a very unpredictable beast though.