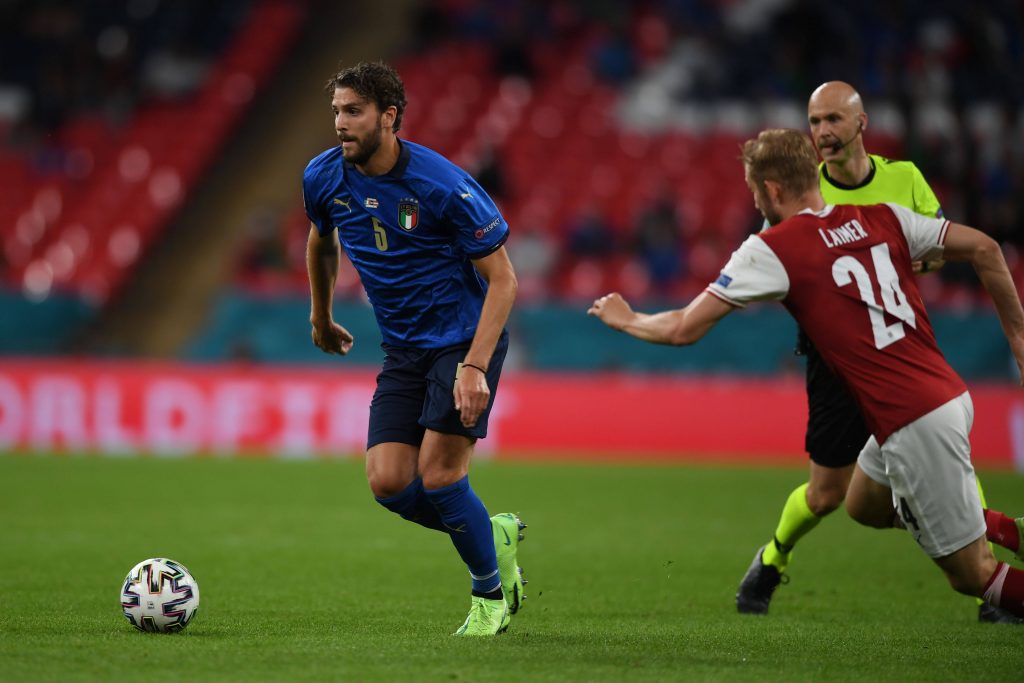 Barcelona have asked about the future of Sassuolo midfielder Manuel Locatelli.

Locatelli has been in the headlines lately, following his impressive breakthrough displays at the European Championships.

He featured in five of Italy’s fixtures, scoring a brace in the group stage against Switzerland and helping the Azzurri lift the trophy in July.

These performances have attracted attention from all over Europe. Arsenal have been linked with the 23-year-old, while Juventus are tracking him.

Barcelona are also keeping an eye on the situation, knowing that his next move could impact the sale of Miralem Pjanic.

According to Mundo Deportivo, the Catalan giants have been in touch with Sassuolo for an update surrounding his future.

Pjanic’s time at Camp Nou has been nothing short of a disaster. Having arrived last summer for an estimated €60 million fee, he has made just six league starts.

Amid deep financial troubles, La Blaugrana are desperate to free up some space on the wage bill.

They are unable to renew Lionel Messi’s contract or register Memphis Depay, Sergio Aguero, Eric Garcia and Emerson Royal for the new season.

Pjanic is one of the players on the chopping block, with the club reportedly willing to let him go to whoever will take him.

Other players who could be on the move include Samuel Umtiti, Philippe Coutinho, Antoine Griezmann and Ousmane Dembele.

The Bosnian has been touted for a move back to former club Juventus, where he enjoyed some of his best years.

However, that could all depend on their pursuit of Locatelli, who is believed to be their first choice target.

Returning manager Massimiliano Allegri will be aiming to get his side back to the top of Serie A, having missed out on the title last season.