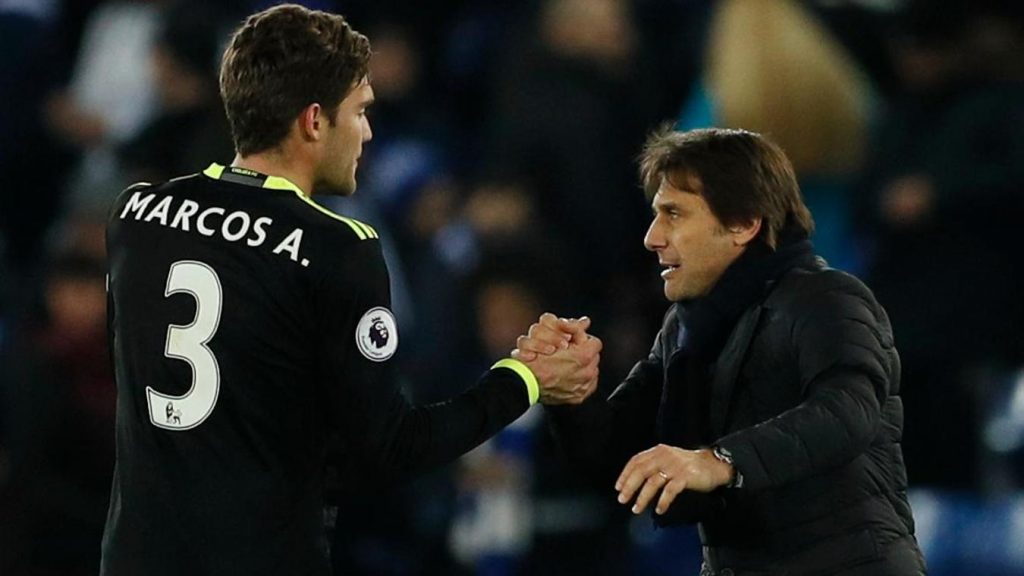 Barcelona are interested in signing the Chelsea left-back Marcos Alonso this summer.

According to Mundo Deportivo, the Catalan giants consider the Spaniard as an ideal addition alongside Jordi Alba. Alba is more of a wing back and Barcelona are on the lookout for someone like Eric Abidal. The report adds that Alonso’s performances under Conte have impressed Barcelona.

Chelsea signed Marcos Alonso from Fiorentina last summer and he has been a regular member of Conte’s starting lineup. There is no reason why Chelsea would consider selling him at the end of this season. Furthermore, the report also adds that Alonso is happy at Stamford Bridge right now.

However, the only advantage Barcelona have is the prospect of improving Alonso’s international chances. The player feels that he is more likely to break into the Spain first team if he plays for a top La Liga side. Alonso dreams of playing for Spain and he thinks that playing for Barcelona would help his cause.

Alonso was a part of Real Madrid’s youth team and therefore signing for Barcelona’s first team should not be too much of an issue for the Chelsea player.

Eventually, it will come down to Chelsea and the Spanish giants will need to come up with an offer the Blues cannot refuse.