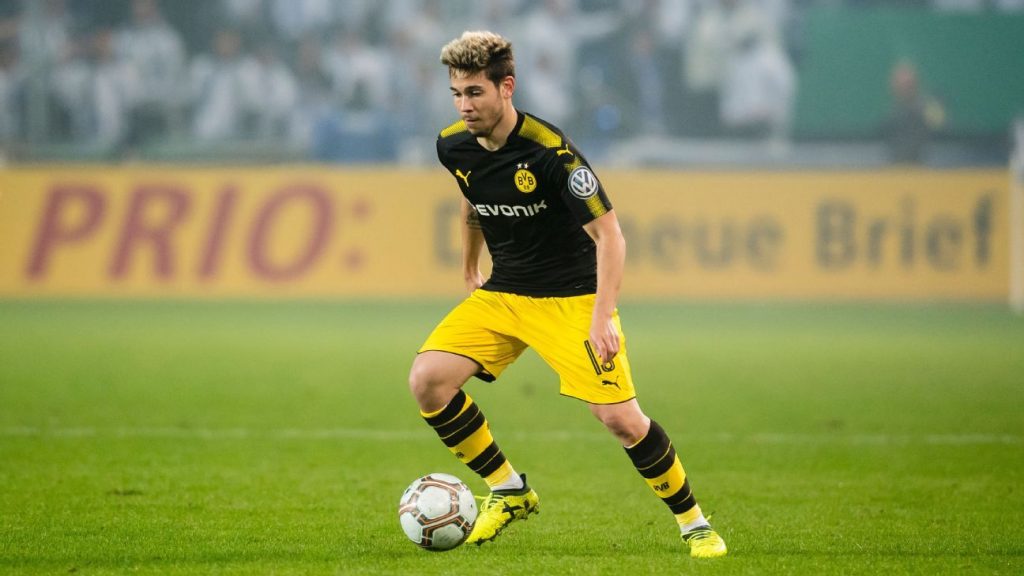 Barcelona could make an approach to sign Raphael Guerreiro from Borussia Dortmund when the transfer window reopens at the end of the season, Spanish outlet Sport claims.

The Blaugrana have depended on Jordi Alba and Junior Firpo for the left-back duties this season but neither have made any significant contribution in an attacking point of view.

Alba has experienced an uncharacteristic season where he has suffered a number of muscular problems and he has managed to contribute just one goal and two assists from 24 appearances in all competitions.

The same has pretty much been the case with Firpo with just one goal and one assist from 17 games and there have already been suggestions that the Dominican-born player could head through the exit door.

According to Sport, the Catalan giants could recruit a new left-back during the next transfer window and Guerreiro has been earmarked as the main target for the club.

It is added that any move for the Portugal international may depend on whether the Blaugrana can save funds after attempting to sign Neymar and Lautaro Martinez to bolster their attack.

Guerreiro has been a quality purchase for Dortmund since his move from Lorient in 2016 and he has registered 20 goals and 21 assists from his 111 appearances for the German side.

He has largely played in the left-wing back position during the current campaign but he is equally comfortable in the traditional left-back role or in the centre of the park.

His versatile qualities certainly make him an attractive option for the Blaugrana and it will be interesting to see whether they will come up with a formal offer in the coming months.

Guerreiro, who has been valued at £22m by Sport, could be the ideal player to put the pressure on Alba for the left-back role and potentially cement a starting spot for the long-term.

The 26-year-old has registered five goals and five assists for Dortmund this season.