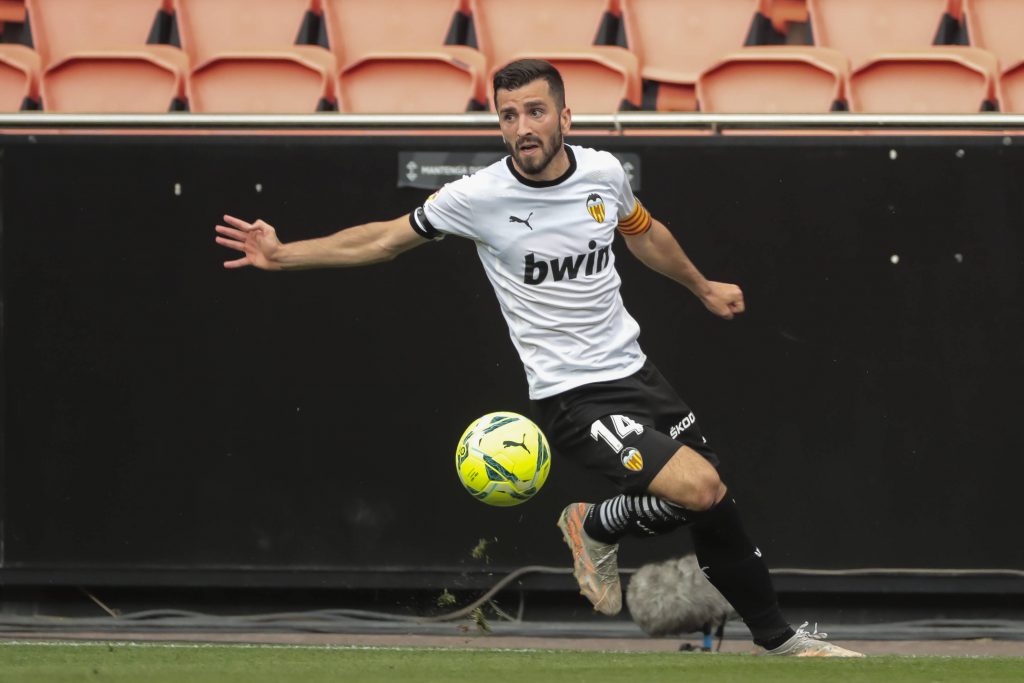 Barcelona are interested in signing Valencia captain Jose Gaya as they look to improve their defensive options for next season, according to Mundo Deportivo.

After finishing third in La Liga and failing to challenge for the Champions League, the Blaugrana are looking to make wholesale changes to their squad this summer.

The club have already taken steps to improve their defence by signing Emerson Royal from Real Betis.

If Gaya arrives at Camp Nou he will be competing with Jordi Alba, who has been a regular in the club’s first-team since he arrived from Valencia in 2012.

Now 32-years-old, they need to bring in someone who can provide the Spaniard with competition while also serving as his potential long-term replacement.

While Valencia finished 13th in the Spanish top-flight last season, Gaya was defensively astute as he made 33 league appearances.

His performances earned him a spot in the Spain European Championship squad.

The 26-year-old is ready for a big move and has the technical ability to succeed with Barcelona over the next few years.

It is likely that he will now be open to a transfer away from his boyhood club to take his career to the next level.

With more than 209 League appearances for Valencia under his belt, Gaya is vastly experienced.

His leadership qualities could prove to be vital if the Blaugrana are to challenge for the Champions League and La Liga next season.