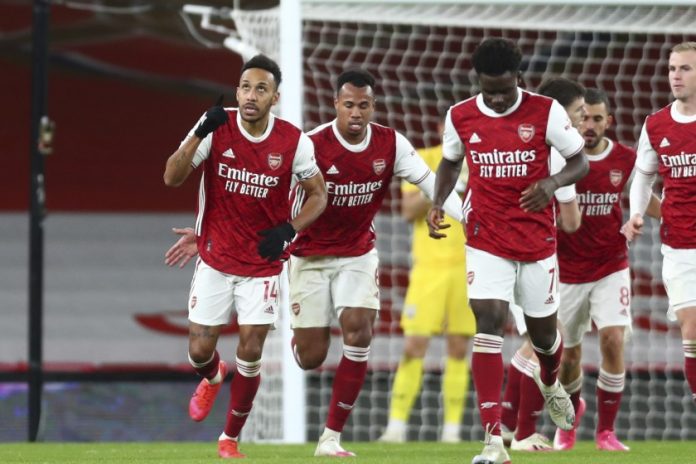 Club captain Pierre-Emerick Aubameyang, who scored Arsenal’s goal in their 1-1 draw against Southampton, admitted that the Gunners are nervous as they look to improve results in the league. He also said the players do bad things on occasion. On securing a vital point, he said:

“Yeah, of course. It was tough at the end but the team gave everything to get that point. And yeah we did it. We’re a bit disappointed because we couldn’t win this game but sometimes this happens. At the moment we are a bit nervous because we need points and sometimes we do bad things. This happens when you need points, we have to stay cold with the head.”

Former Arsenal winger Theo Walcott scored for Ralph Hasenhuttl’s side in the first half to give his team the lead. The North London club looked devoid of ideas in the opening 45 minutes but began the second half with intensity. They were rewarded for their improved performance after the break as Saka drove at the Southampton defence and found Nketiah who put the ball into Aubameyang’s path. The Arsenal captain found the back of the net for the first time since he scored a penalty against Manchester United at Old Trafford over a month ago.

Soon after the Gunners clawed their way back into the game, Gabriel picked up two quick yellow cards which led to his dismissal. This is the second game in a row where Arsenal have completed the game with 10 men. After the red card, Arteta’s side were on the ropes but managed to salvage a point from the game. Southampton will be disappointed about dropping points in a game that was there for the taking for the last 30 minutes.

Walcott has said that he felt a lot of fear in Arsenal, according to Chris Wheatley of Football.London.

Walcott: "I felt a lot of fear in Arsenal tonight to be honest."

“I don’t know I was gonna say that I just spoke with him and he never mentioned that to me. He mentioned other things but not that. I don’t know if he says that it’s his feeling.”

The North London club have put an end to their losing streak at the Emirates and Arteta will be hoping for his side to earn their first Premier League win since they defeated Manchester United last month when they head to Goodison Park to take on Everton this weekend.