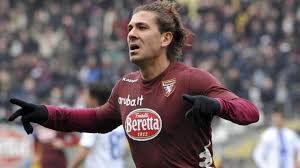 Alessio Cerci has undergone a torrid time ever since his move to Atletico Madrid in the summer. The 27 year old had a superb last season for Torino having scored 13 goals in 37 appearances.

However he has just played 8 times this season for Atletico, all of them being substitute appearances. It is clearly understood that he is unhappy over the lack of game time at the Rojiblancos and is looking for a move away from the club to save his career aspirations.

We had reported a few days back that Arsenal are interested in the forward; who can play the winger striker role to perfection. But a likely return to his home country looks more feasible with Inter Milan interested in the player and desperate to bolster their attacking options in January.

Calcio Mercato have now reported that Atletico is open on the idea of Cerci leaving the club on loan in January ans the reigning La Liga Champions are also plotting a move for Bayern Munich’s Xherdan Shaqiri who is available for just €15m in the upcoming transfer window.

Cerci is Inter’s primary target for January but it would be on a loan deal with a possible option to buy in the summer. Should the Nerazzurri fail to sign the former Torino forward they have lined up Chelsea’s Mohammed Salah and Arsenal’s Lukas Podolski as back up targets.