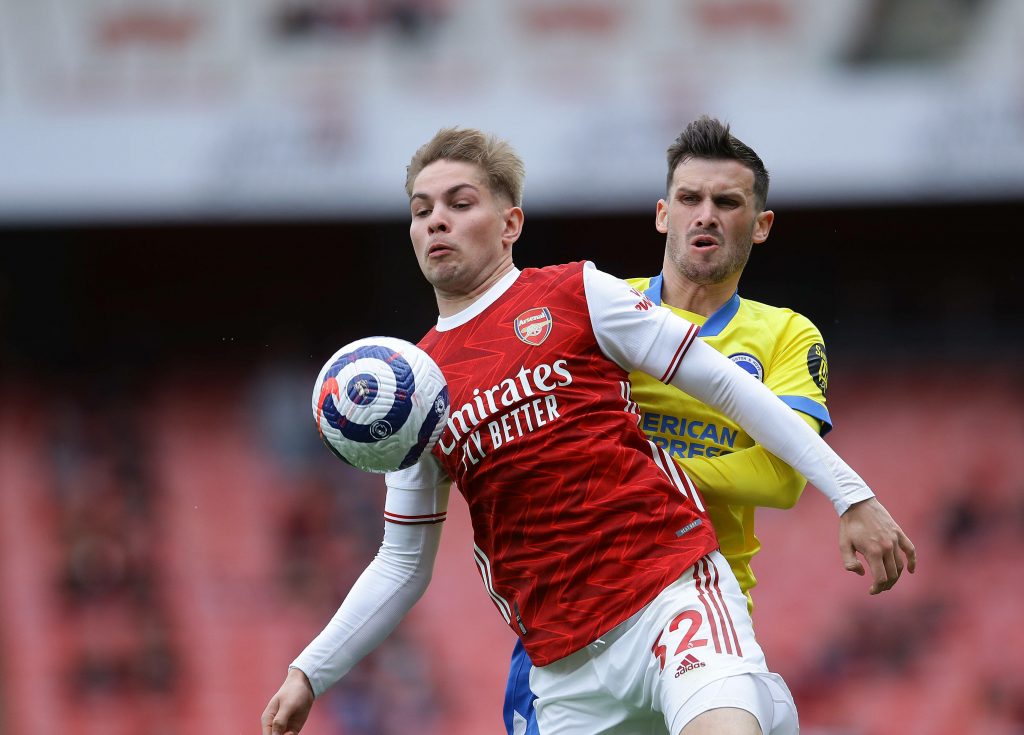 Aston Villa are planning to make another bid to sign Emile Smith Rowe, according to the Sunday Mirror (printed edition – 04/07/2021),

The 20-year-old, who made his debut against Chelsea last season and impressed heavily in the second half, has a contract at the club until 2023.

He is yet to sign a new deal at Arsenal, but the north London club are determined to tie him down to a long term deal.

He is a terrific young talent, and the club do not want to sell him to a Premier League rival.

Arsenal rejected Villa’s opening offer of £25 million earlier this month, and another £30m bid was turned down once again last week.

However, Villa believe they can sign the youngster, and they are preparing another bid of around £32.5m.

This is probably an indication that Villa may have received some encouragement from Arsenal that they could soften their stance on Smith Rowe.

Arsenal have tried to convince Smith Rowe to sign a new deal at the club, and those attempts have failed.

Villa already have already bolstered their attacking ranks by signing Emiliano Buendia, who was also a reported Arsenal target.

Villa could face a strong fight to keep star midfielder Jack Grealish at the club, with City keen to sign him.

They are extremely reluctant to lose him and will demand around £100m for the England international.