Arsenal boss Arsene Wenger has stated his belief that record signing Mesut Ozil will return better than ever next season, and that the German will be among the candidates for Player of the Year. 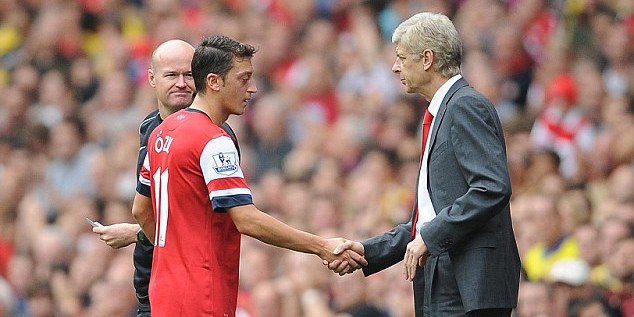 The 25-year-old midfielder, who signed for the Gunners last summer for a record £42.5m fee from Real Madrid, has endured a trying first season in the Premier League. After an initially good start to life in North London, he faded badly, with some even questioning his footballing talent, with regard to his enormous price-tag.

But Wenger has remained staunchly in defence of his prized midfielder, and has now claimed that he fully expects Ozil to prove his doubters wrong next season, and become one of the most revered midfielders in the league,

“He is a fantastic football player,” Wenger said of Özil, “I would put him on the list to be player of the season next season.”

The Frenchman knows the difficulties in adapting to a new league, and believes Ozil will learn from his experiences in the Premier League so far,

“The first season is the season in which you adapt and then you know what will happen,” he said. “And I believe that he will know better his partners, he will know the league better and the potential is absolutely fantastic.”

A veritable superstar in the eyes of the Madrid fans during his three years in the Spanish capital, there were even signs displayed at Gareth Bale’s unveiling at the club pleading for the Real hierarchy not to sell the German playmaker. 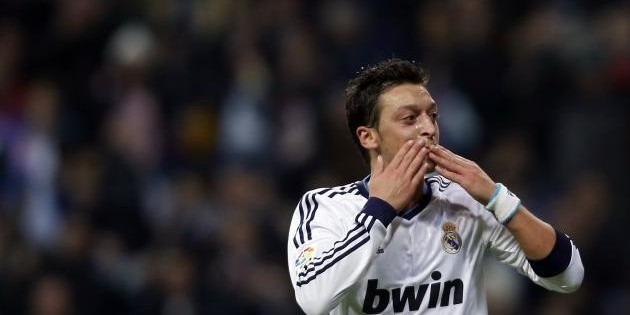 But sell them they did, and Arsenal fans were delighted that Wenger had splashed the cash and brought a genuine world star to the Emirates, after so many years of cheap deals and talent nurturing. With Manchester City and Chelsea throwing huge sums of money around every season, it had become necessary in the eyes of many for Wenger to act so as not to fall behind.

But the fans’ euphoria at having Ozil in their ranks was soon replaced with a familiar frustrated feeling, with the German flattering to deceive after a bright start to his Arsenal career.

But Arsene Wenger wholeheartedly still believes in his man, and has preached the merits of his place in the side,

“He is a quick player, and agile,” Wenger said. “He can get out of tight situations. Players can open up to do something interesting in behind, so when he is not there, you get out of the situation and lose the ball.”

There is an admittance of Ozil’s initial failure from Wenger however, with the Arsenal boss acknowledging the German’s poor physicality in his debut season,

“He has gone through a difficult spell,” admitted Wenger, “because physically he was not as present as you would expect him to be. He had no real preparation and had a period where he was tired because he was not used to playing [right] through the season.”

“He felt the difference between Spain and here. Sometimes he was rested there because in Spain, when you are 2-0 up –when Real Madrid are 2-0 up – what strikes him is that the teams give up. They know they will lose the game.

“Mesut said what is the most difficult for him here is that 2-0 up, the teams fight like mad to come back. And that was the main difference – you have to fight until the last second of the game.”

What do you think? Do you agree with the Arsenal boss? Let me know in the comments below…