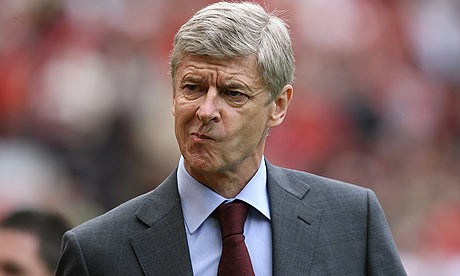 Arsenal failed to win the last fixture against their arch-rivals Tottenham Hotspur as the Premier League fixture between the two clubs during the North London derby ended in a 1-1 draw at the Emirates on Saturday.

The match saw the Gunners dominate throughout the 90 minutes and were forced to come from behind to equalise to settle for a point. Arsenal also suffered a massive blow as their star player Aaron Ramsey and skipper Mikel Arteta picked up injuries before the break.

The Emirates club have two big fixtures ahead of them in the next seven days as they face Galatasaray in the Champions League and then take on Chelsea in the Premier League clash.

Arsene Wenger has confirmed that both Ramsey and Arteta will be out of Arsenal’s next two big matches. In addition to this, England international Jack Wilshere was also substituted and he remains doubtful for the clash against Galatasaray and Chelsea.

“Wilshere, I don’t know. The two others [Ramsey and Arteta] are out for Chelsea for sure,” Wenger told Arsenal’s official website.

“I don’t know [whether Wilshere will be available for Galatasaray game]. I don’t know how long they’ll be out.”

“I think Ramsey is a hamstring and Arteta is a calf. Wilshere [has] an ankle [problem].Not constantly.”

“Wilshere, if you look at the incident again, has been tackled and turned his ankle over. Ramsey is a concern that he did his hamstring.”

“I don’t understand because he had a good rest this week, I didn’t play him against Southampton on Tuesday night. It’s a surprise because he’s usually a resistant boy,” Arsenal manager said.

With Arteta and Ramsey out of action for Galatasaray and Chelsea game, Wenger is likely to use Mathieu Flamini in the midfield. Injuries have been a matter of worry for concern as he is already without the services first choice striker Olivier Giroud (broken tibia) and Mathieu Debuchy (ankle).

Arsenal lost the opening game Champions League clash against Borussia Dortmund away from home and failing to win against the Turkish giants will only put pressure on the North London club in making it to the knockout round of the European competition.

They are already out of the Capital One Cup and now left with the Premier League, the FA Cup and the Champions League to fight for.

With a very thin squad, the Gunners could struggle in the next two fixtures, especially without the likes of Ramsey and Wilshere, who are their creative players.

It should be seen how Wenger and Arsenal will manage to come out this situation. The Emirates club will be looking for a win in both matches and should they come out on top after their two crucial fixtures, it will be a massive mental boost going forward.