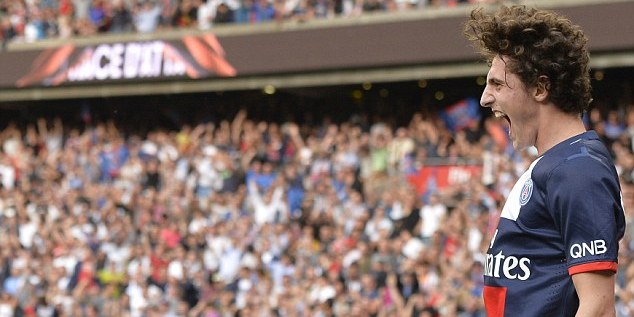 Arsenal boss Arsene Wenger has a track record of molding some of the best young talent into genuine superstars, and according to FranceFootball, the Frenchman has now identified the next star he wants to mentor in North London.

Adrien Rabiot, PSG’s 19-year-old midfielder, is said to be Wenger’s primary target this summer, in terms of satisfying his insatiable urge to transform raw young stars into world beaters. The likes of Thierry Henry, Cesc Fabregas and Robin van Persie can all attest to that, and if Wenger gets his way, Rabiot could be soon strutting his stuff on the Emirates pitch under his watchful gaze.

Appearing 27 times in all competitions, the young Rabiot has burst onto the scene this season, showing off his remarkable talent from midfield, with passing and dribbling his standout qualities.

With such strong competition in the French capital (and more soon too arrive in what is set to be another big-spending summer for the Ligue 1 champions), Rabiot has reportedly held off signing a new contract at the club until he receives guarantees over his playing time; guarantees that he may not get.

His current contract expires next season, and Wenger would potentially be able to haggle the price down this season, with warnings that the player would and very well could leave for nothing at the end of the 2014/15 season.

What do you think? Could Rabiot turn out to be another Wenger masterpiece, considering his talent?