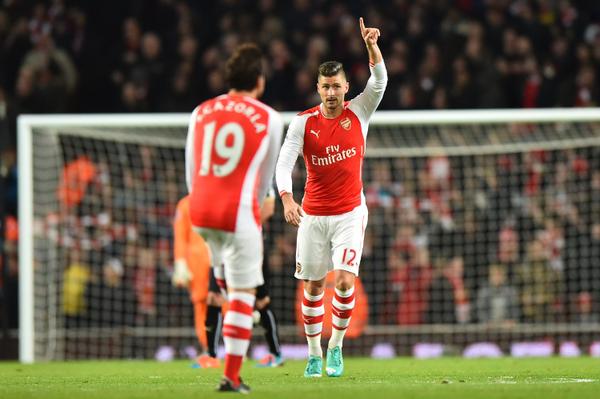 A splendid performance from Arsenal helped them beat Newcastle United by 4-1 in front of a packed Emirates stadium on Saturday’s late kickoff. A double each from Santi Cazorla and Olivier Giroud helped the Gunners climb to 6th place in the Premier League standings with 26 points, tied with Southampton but still 13 adrift of leaders Chelsea. 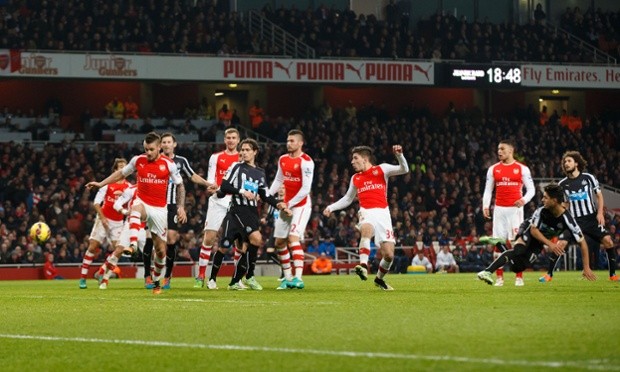 It was certainly a great end to the week for Arsenal as they bounced back from their uncharacteristic loss to Stoke City last gameweek and it appeared that they picked off from where they left in midweek, a 4-1 win at Galatasaray in the Champions League. 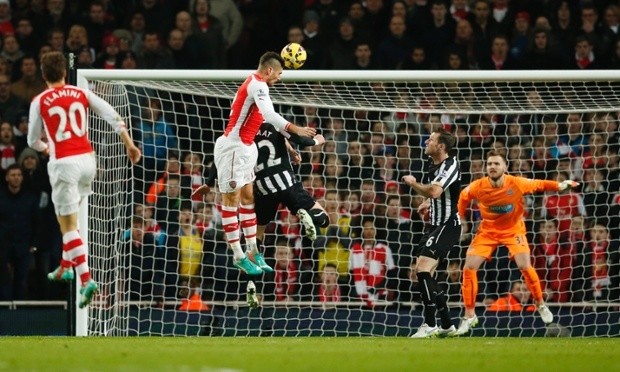 Olivier Giroud opened the scoring for the home side with a fantastic header folloing a great cross from the right flank by Alexis Sanchez.

Arsenal had several chances to double their lead in the first half but failed to increase their tally. Arsene Wenger’s side however were thankful to goalkeeper Wojciech Szczesny as the Polish International miraculously saved with his feet to dent Newcastle striker Pappis Cisse the equalizer. 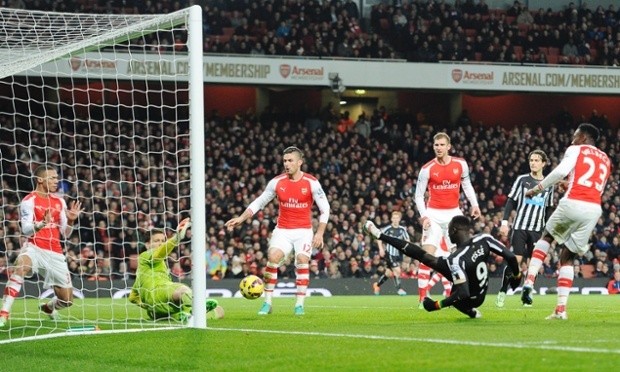 Santi Cazorla then doubled the lead for the home side in teh second half with a delightful chipped finish as the Gunners looked to be in imperious form.

Five minutes later, Giroud doubled his tally following a swift counter attack, the Frenchman who was unmarked at the near post headed home a well deserved second goal.

Olivier Giroud has scored nine goals in his last 10 Premier League games at the Emirates Stadium.

Newcastle however who were being steamrolled for an hour responded with Ayoze Perez’s well taken goal, this one too from the near post.

Santi Cazorla then capped off a brilliant night for him personally, scoring an outrageous Panenka type penalty in the latter stages of the encounter.

Mathieu Debuchy had a fantastic game playing out os position in the centre back role beside Per Mertesacker with Laurent Koscielnt injured and Calum Chambers suspended for the clash. Youngster Hector Bellerin too put a great shift in with his tireless running joining attacks every time Arsenal swept forward.

‘One Arsene Wenger’ sang the Arsenal supporters as they watched their side cruise to victory. Is the crisis over at the Emirates? In his post match conference Wenger said, “I cannot fault anyone’s performance today because I thought everyone played well. The most important thing is that our fans go home happy because we won.”