Barcelona youngster Munir El Haddadi has only played four games this season and he is already in demand. 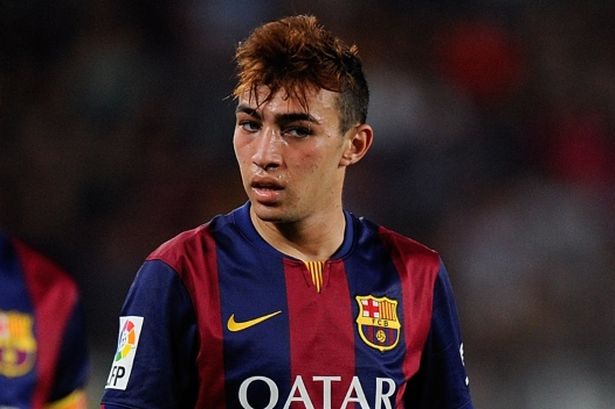 In Luis Suarez’s absence, Barcelona manager Luis Enrique has given Munir a chance to impress. The 19-year-old, a product of the club’s youth academy, is making the full use of this opportunity and has a goal to his name already. 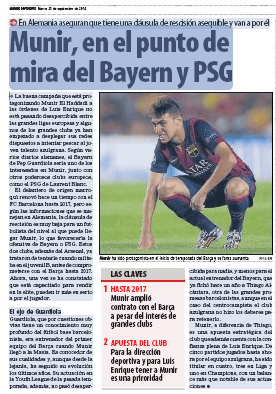 Munir has a contract till 2017 and has a release clause of €12m which is relatively low for a player of his quality. Several European heavyweights like PSG and Bayern Munich have already registered an interest and are expected to make a serious approach for him in the January transfer window or next summer.

According to Spanish newspaper Mundo Deportivo, Premier League giants Arsenal had attempted to sign the youngster before when he was playing for Barcelona’s B team.

The interest from Bayern is obvious, as Pep Guardiola knows Munir personally from his time at Barcelona.

Arsene Wenger has always given extra attention to signing talented young players. Munir is a versatile forward who can play in multiple positions. He is seen as a long term prospect at Barcelona, but can the Catalan giants do anything if any potential buyer triggers his release clause?