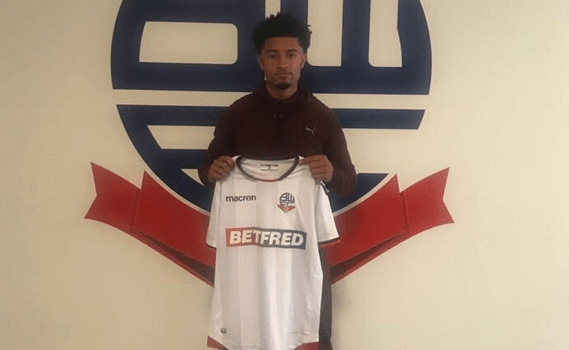 Chiori Johnson’s transfer from Arsenal has been confirmed by Bolton Wanderers after he passed a successful trial. The 20-year-old was on his way out of the Emirates this summer after being named on Arsenal’s released list that was submitted to the Premier League, but it didn’t take him long to find a new club.

The versatile defender impressed while on trial in Bolton’s u23s and has earned himself a permanent deal. He signed his first professional contract at Arsenal in 2015 and went on to make 40 appearances at youth level. Johnson will bring steel to the Bolton backline as a combative player, while also being comfortable in possession.

With Hector Bellerin ahead of him in the Arsenal first-team, Johnson never stood a chance of featuring for the senior squad, but it’s not too farfetched a suggestion for the youngster to play in the Premier League in the future. Bolton finished one place above the relegation zone in the Championship last season so they’re only one division away from Arsenal.

They have a lot to fix this summer, however, as their defence has been in desperate need of strengthening. Wanderers conceded 74 goals in 46 games last season, keeping nine clean sheets (one-every-five-games) for their troubles. Johnson could be in for a rude awakening at the Macron Stadium.