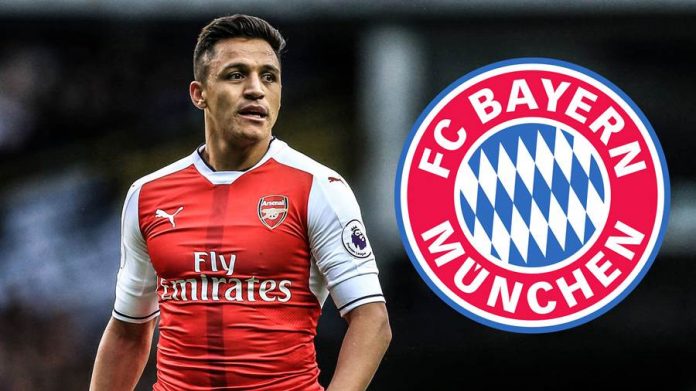 Bayern Munich have emerged as favourites to sign Arsenal striker Alexis Sanchez, according to The Telegraph. The Bundesliga giants are willing to splash £40 million to secure his services, along with offering wages worth £280,000 per week.

Sanchez has been coy about his future at the Emirates Stadium, and there have also been reports linking him to Chelsea and Manchester City. However, according to the Telegraph report, the Gunners will not want to sell their star man to direct rivals in the Premier League.

The Chilean only has one year on his contract left with Arsenal, and there haven’t been too many progressive talks between the two parties about an extension. It was reported a couple of weeks ago that the club would consider a new contract worth £270,000 per week, but no in-roads have been made so far. If an agreement isn’t on the table, it does make sense for Arsenal to sell the player for £40 million to an indirect rival. If he runs down his contract, the club will neither have control over which club he joins nor get any money out of it.

Sanchez scored 30 goals in all competitions last season, but was unable to guide the Gunners to a top-4 finish. The club will be missing out on the Champions League for the first time ever since Arsene Wenger took charge back in 1996. With other clubs significantly strengthening in the summer, it remains in doubt whether Arsenal will be able to get back to their glory days of the early 2000’s. At such a time, it is difficult to keep their big names happy.

Sanchez is currently away with his national for the Confederations Cup in Russia. It remains to be seen whether he returns to the English capital to resume his club career, or switches to Germany instead.