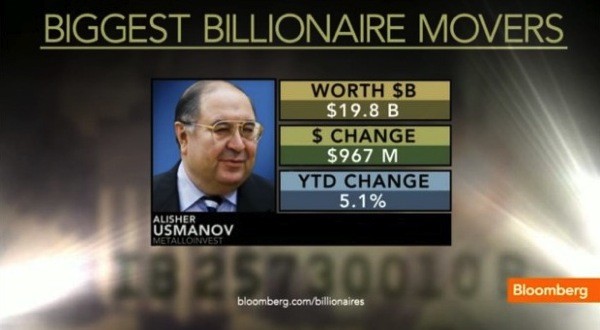 One of Arsenal’s biggest shareholders Alisher Usmanov has invested $100 million of his own fortune in stocks for technology giants Apple Inc.

Usmanov has taken advantage of Apple shares dropping to their lowest price since 2011, injecting just a fraction of his reported $20 billion fortune into the company. Usmanov told the Bloomberg office in Russia:

“I believe in the future of this company even after Steve Jobs. When the company lost $100 billion of its market value, it was a good time to buy its shares.”

Usmanov has been one of the biggest critics of Arsene Wenger’s transfer policy at the club, which has seen the club’s best stars leaving for some of the club’s main rivals.

He’s made no secret of the fact that he would prefer to see Arsenal signing superstars, keeping their best players and increasing their chances of success on all fronts from next season onwards. The reason he takes that stance is because he’s a businessman and as a shareholder he wants to see Arsenal’s stocks as high as possible.

Better players increase the chance of success at the club, which in turn makes Arsenal a more appealing business and brand around the world, similar to how Manchester United have developed commercially.

In short, that makes Arsenal a more valuable commodity which is more financially rewarding for Usmanov as a major shareholder in the club.

His investment in Apple is intriguing for Arsenal fans if he ever reaches a point where he wrestles a majority away from Stan Kroenke and is forced to buy the football club.

If his Apple gamble turns out to pay off big time, then it could mean he would be more willing to inject money into Arsenal at that point but until it happens, it’s pure speculation.