Two trophies in the last two matches. Arsenal fans can hardly complain. Now the real war is about to begin. Arsenal have finally broken their trophy drought hoodoo – can they now win the Premier League?

The Gunners were fairly active in the transfer market and did some brilliant signings. Mathieu Debuchy has been brought as a ready-made solution to fill the boots of Bacary Sagna, while world class Alexis Sanchez will give the Gunners the necessary fuel to mount a serious title challenge. 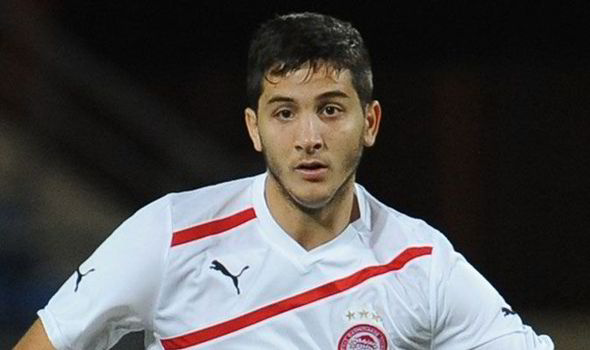 There have been departures too. Thomas Vermaelen, who struggled for regular games last season, has been transferred to Barcelona last week. Arsene Wenger insisted after the Community Shield victory that he could delve into the transfer market to find a suitable replacement for the Belgian.

According to exclusive report from TMW, Arsenal have joined the race to sign Napoli and Juventus target Kostas Manolas. The 23-year-old Greek defender participated and impressed heavily in the World Cup and TMW reckons Arsenal could make a move for him.

Manolas plays for Olympiakos and enjoyed a brilliant campaign last term, where he scored three league goals in 25 appearances.