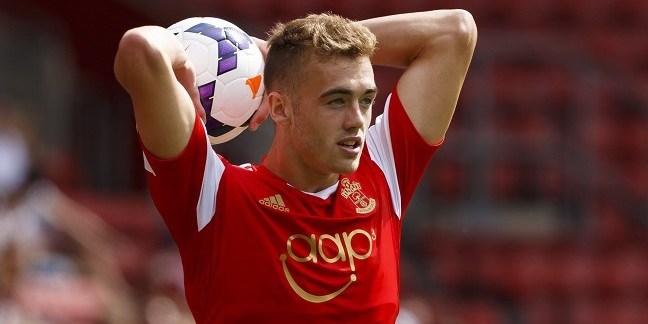 Arsenal’s French right back Bacary Sagna may just have overplayed his negotiating position with the club, over the prospects of signing a new contract with the Gunners in the summer.

Arsene Wenger had publicly stated his desire to keep the 31-year-old at the Emirates, declaring that the club would “push very hard” to keep him.

The players demands however may have cooled the manager’s enthusiasm somewhat, and now he is looking at the possibility of bringing in Southampton’s 19-year-old Calum Chambers as a replacement.

Sagna appeared likely to re-sign with the Gunners, but potential offers from elsewhere, apparently laden with ‘loadsamoney’ offers have altered the perception of his worth to the club.

Only the third player in Arsenal’s history to break the 200 appearances barrier for the club, Sagna has apparently been made aware of approaches from PSG and Monaco in his native France, plus an approach from Turkish champions Galatasaray, where his old teammate Emanuel Eboue currently resides.

This has led the player to up his demands for an increase on his current £70,000 per week deal to £120,000, plus a £6m signing-on fee. With Wenger the most prudent of managers with his employers’ bank balance, it’s unlikely to be a deal that’s going to go anywhere, anytime soon, hence the move for Chambers.

Although cast somewhat into the shadows by the dazzling prospect of Luke Shaw on the opposite flank of the Saint’s defence, Chambers has nonetheless registered some outstanding performances this season as the Southampton bandwagon has gathered momentum. 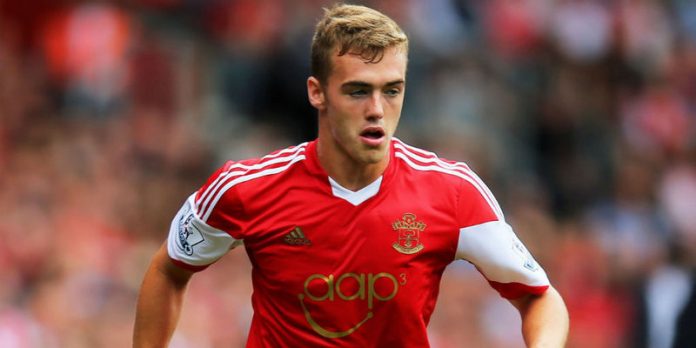 Yet another product of the prolific Saints’ academy set up, Chambers has notched 17 Premier League appearances this season, and already has 13 caps at Under 21 level for England.

In a couple of years or so, it’s not impossible to imagine Shaw patrolling the left flank of the full England team, and Chambers on the right. With such potential, it’s little wonder that Wenger’s interest has been piqued.

Southampton are likely to want in the region of £10m to £12m for Chambers which, when balanced against Sagna’s demands, and the prospects of a much more reasonable salary, makes Chambers an attractive prospect. Add in the fact that he’s also a dozen years the junior of the Frenchman, and the case becomes almost compelling.

Transfer speculation at this time of year is always a bit of a dubious game to play, and Wenger is long enough in the tooth to know how to play his cards. If Sagna has overplayed his hand, there’s every likelihood that Arsenal would pursue an option such as Chambers.

Public speculation however may also just have the effect of bringing the French defender’s extravagant demands back into a more realistic position. Time will tell on this one.