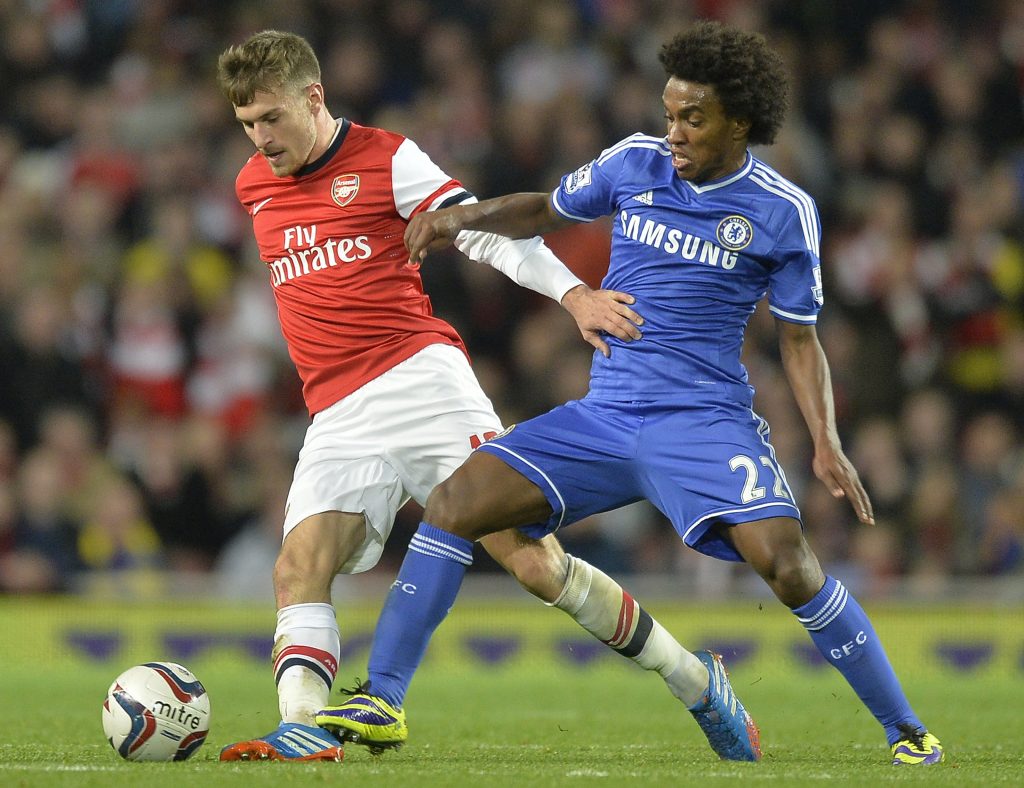 Arsenal have been handed a massive boost for their weekend clash against Chelsea after Arsene Wenger confirmed star duo of Aaron Ramsey and Héctor Bellerín are fit to face the Premier League champions.

Per Mertesacker was involved in an accident after car aquaplanes into M1 central reservation, as reported by the Independent. The German international was unhurt, but was left shaken after the incident.

The Wales midfielder and the pacey right-back were left for the midweek Champions League clash against Dinamo Zagreb. The duo are eligible to face Chelsea, while the tall centre-back is will undergo a late fitness test as he is recovering from is illness.

“We have no injuries and we left Ramsey and Bellerin behind [for the Zagreb game]. They integrate into the squad again. Mertesacker may still be a bit short, I have to decide that today (Friday). It was an illness (on Mertesacker), Wenger said.

Meanwhile, midfielder Jack Wilshere is set for another spell on the sidelines. Wenger admitted the England international’s latest injury setback is a blow for the Emirates club. The Gunners boss confirmed Wilshere will undergo a surgery and is expected to spent more time on the treatment table.

“He will have surgery next week and it is a blow, a big problem. But on the short term only because it does not damage his future,” Arsenal manager said.

The Gunners have already defeated their London rivals 1-0 in the Community Shield and it was the Frenchman’s first victory against a team managed by Jose Mourinho. The stakes are high and the Blues host the north London club in the Premier League clash at Stamford Bridge.

Mertesacker missed Arsenal’s last four games and he is in contention to start against their cross town rivals on Saturday. Wenger has hailed the German defender’s leadership qualities, both on and off the pitch and has hailed the importance of the centre-back in the Gunners’ squad.

“He has a lot of class on the pitch and after the game. He is well respected, also in the dressing room, because he is always 100 per cent committed and gives everything for the team,” he explained.

“Every day he works with 100 per cent commitment. They are typically German qualities but even more typically Mertesacker.”