Arsenal fans have hardly anything to complain about. They were furious, dejected and vocal when the Gunners lost 3-1 in the opening day of the season against Aston Villa at the Emirates. But, things have changed since. The signing of Mesut Ozil for a club record transfer fee has silenced those who always accused Wenger of not bringing any marquee names. And likewise, the doubters were left no room to vent their fury, as the Gunners are leading the Premier League table after seven games and there is a genuine hope around the camp of a possible title challenge. 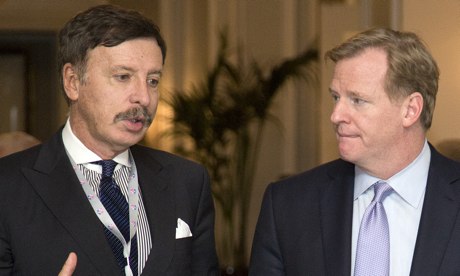 Amidst of this rarefied air of optimism, the only fly in the ointment remains the Arsenal’s chief owner, Stan Kroenke, who has come under pressure for reneging on promises made when he bought the club in a £731m deal. The American has failed to schedule a single meeting with the supporters group in more than two years.

Ahead of Thursday’s AGM, four of the main fan groups – The Arsenal Independent Supporters Association, the Arsenal Supporters Trust, the Black Scarf Movement and REDaction – have written a letter reminding him of the pledge he made of meeting the supporters and fans group in formal and informal settings.

According to The Guardian, Kroenke made a firm commitment to meet fans in the formal offer document and therefore failing to meet those promises has caused a consternation among the fans group.

“Mr Kroenke has made it a priority to meet with supporters and fan groups in formal and informal settings. He recognises that fans are at the heart of the club. Their opinions and involvement are important to him,” said the clause, before his April 2011 takeover.

“Mr Kroenke fully expects himself, the Arsenal directors and club executives to continue to engage with supporters for the long-term health of the club”

There is a feel good factor around the Emirates this term, compared to what it was last season, but the supporters groups are deeply concerned with the lack of meaningful involvement from the club owner.