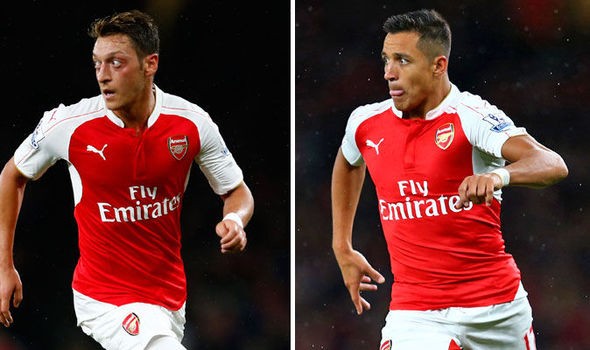 Arsenal have been bolstered by the return of their talismanic midfielder Mesut Ozil for the clash against Chelsea at the Emirates Stadium on Sunday. The Gunners were without the German in their game away at Stoke City last week as he sat out with a toe injury, and could only manage a goalless draw in his absence.

Ozil has registered an incredible 16 assists in the league so far and has been the standout superstar for a side who are currently top of the table. They take on a struggling Chelsea at the weekend, and will want to overcome a psychological barrier that they have faced against the Blues in recent seasons.

In further good news for Arsenal, Alexis Sanchez could be in line to make his first appearance since November after recuperating from a hamstring problem. The Chilean took the Premier League by storm last year in his debut season at the Emirates, and started off in a similar vein this season before suffering this setback.

Wenger said, as reported here by the Guardian, that while Ozil is a sure-shot starter on Sunday, a decision is yet to be taken on Sanchez.

“The good news is that Özil certainly will be available and, for Sánchez, the next two days will be decisive though, this time, I think he will make it for selection.”

There are further positives on the injury front for Arsenal, with Francis Coquelin and Danny Welbeck both returning to training, and Tomas Rosicky also in line for a return to action soon. These players will be extremely important as the club’s season is approaching a very important point and will see Arsenal playing a lot of games in several different competitions.

With Manchester United and Chelsea both out of the title race and Man City looking unconvincing as well, Arsenal are looking very much like the favourites for the Premier League title. The Champions League will also be resuming towards the end of February, and the Gunners need to have all their important players fit if they are to have any chance of overcoming the mighty Barcelona. Last but not the least, they are also looking to win the FA Cup for the third year in a row.