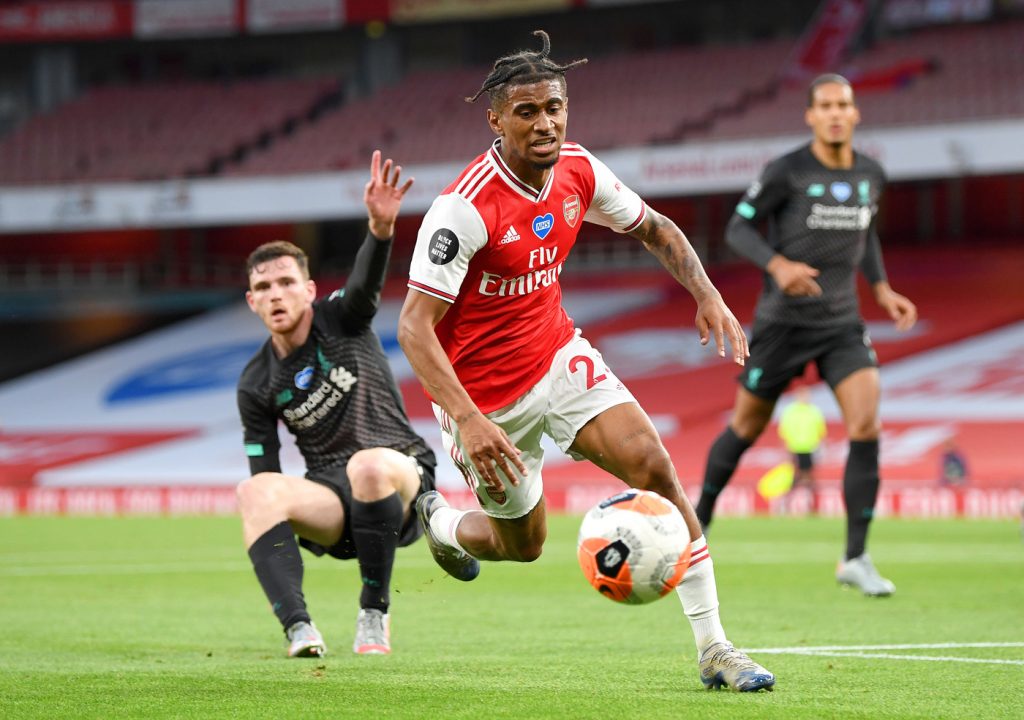 Arsenal manager Mikel Arteta has confirmed that Reiss Nelson could be amongst the players allowed to leave the club on loan before the end of January.

The 21-year-old has made just two Premier League appearances for the Gunners this season and may be given the chance to secure game time elsewhere.

“That’s a conversation that we are having with the players that are not having a lot of time,” Arteta said at his press conference for Arsenal’s upcoming game against Manchester United.

“Obviously we want to keep their development going, and we will make a decision in the next three days with some of them on what the best thing is to do.

“We try to be clear and transparent with what the plans are and their roles in the team and, after that, we decide on the best thing for the players and the club.”

Nelson is a player with tremendous ability, but he needs to be playing regularly if he is to fulfil his potential.

The winger impressed during a loan spell with Hoffenheim to seasons ago, but his progress has stalled since then.

Injuries haven’t helped his cause, and he has been overshadowed by the likes of Buyako Saka and Emile Smith Rowe in recent times.

A temporary move to a Championship club could be hugely beneficial and boost Nelson’s chances of establishing himself with Arsenal next season.