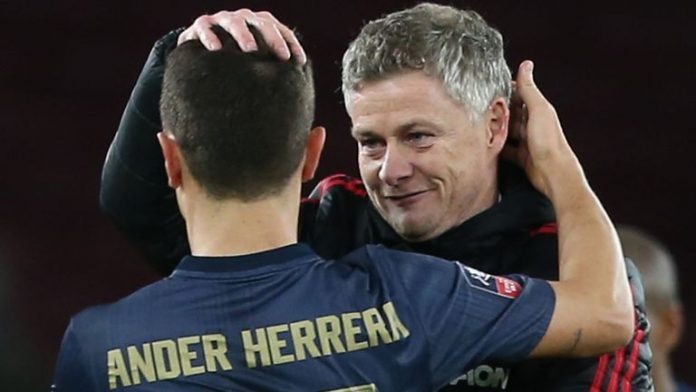 Manchester United visit Arsenal on Sunday aiming to tighten their grip on a top four place in the Premier League.

United’s thrilling 3-2 victory over Southampton last weekend moved them up to fourth in the table, three points behind Tottenham Hotspur.

The Gunners are now fifth in the standings, one point adrift of United following their 1-1 draw at Wembley against Spurs.

United have received a fitness boost ahead of the game, with Anthony Martial, Nemanja Matic and Ander Herrera all expected to be in contention for selection.

The Red Devils were without 10 first-team players for Wednesday’s 3-1 Champions League win at Paris St Germain – a thrilling last-gasp victory that sealed progress to the quarter-finals on away goals.

Antonio Valencia, Jesse Lingard and Alexis Sanchez remain out, while Phil Jones and Matteo Darmian are both doubtful for the trip to the Emirates Stadium.

Arsenal’s Lucas Torreira will miss matches against United, Newcastle United and Everton after being suspended following his red card against Spurs.

Romelu Lukaku has scored 12 league goals this season. Bet on the forward with BetUK to score any time at 2/1.

United won 3-1 in the FA Cup at the Emirates back in January. Both teams to score and United to win can be backed at 15/4.