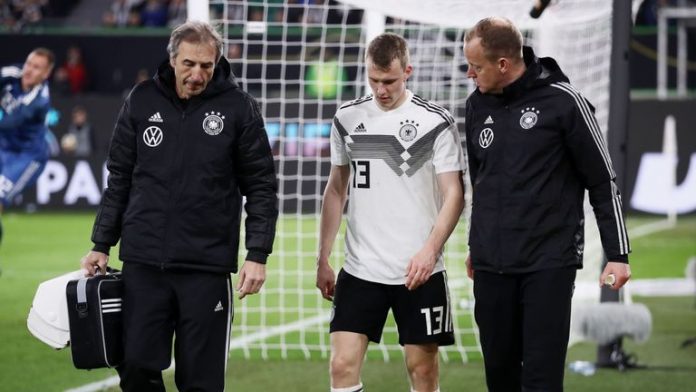 The Gunners were linked with the 23-year-old earlier this summer and German media outlet Bild has claimed they remain interested.

Both Arsenal and Atletico Madrid watched the player during the recent European Under-21 Championship and were impressed with what they saw.

He helped Germany reach the final of the tournament where they were narrowly defeated by an impressive Spain team.

With Atletico remaining interested in Arsenal star Hector Bellerin, that could pave the way for the Premier League club to secure Klostermann’s signature.

Leipzig signed Klostermann from Bochum in 2014 and he established himself as the club’s first choice right-back the following season.

He has made 86 appearances for Leipzig in all competitions, scoring three goals, and has represented Germany at various junior levels.

The full-back made six appearances as Germany claimed the silver medal at the 2016 Summer Olympics in Brazil.

Klostermann is believed to be available for around £10 million and that fee would fit within Arsenal’s limited transfer budget this summer.