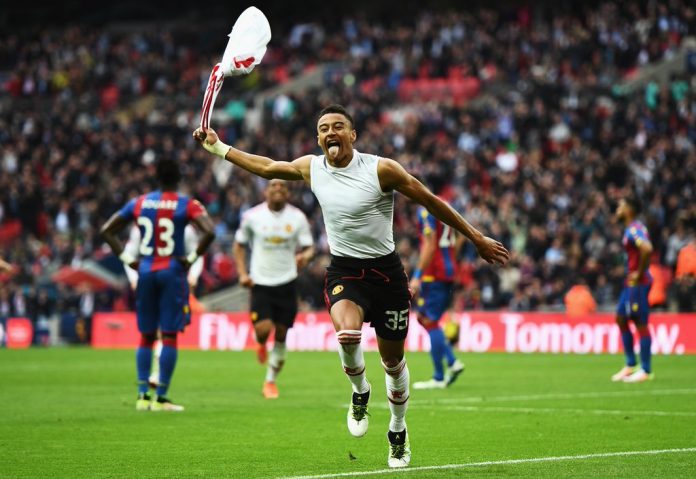 Manchester United forward Jesse Lingard spoke with The Players’ Tribune of how his grandfather played a huge role in ensuring he turned out to be a professional footballer.

The 26-year-old was well-drilled as a kid by the former rugby player and team Great Britain Powerlifter, who also, unsurprisingly turns out to be a huge Manchester United fan.

Lingard has gone on to make his grandpa proud, making the grade at United and turning out for the England national team – with whom he reached the semifinals at the World Cup in Russia, making five starts.

The Red Devils star has played 22 times for the Three Lions since his debut in 2016, scoring on four occasions, including one in Russia.

Arsenal legend Ian Wright was touched by Lingard’s revelation and couldn’t help but tweet at him.

Loving your journey so far @JesseLingard. I can only imagine the smile on your grandad's face when you scored that goal for England ❤️❤️❤️ https://t.co/iJoBSjWuqg

However, loan spells with Leicester City, Birmingham City, Brighton & Hove Albion and Derby County followed, with his big break at Old Trafford not coming until 2015.

He has since won the F.A Cup, League Cup and the Europa League with United, and will be looking to add more in order to keep making his grandpa proud.