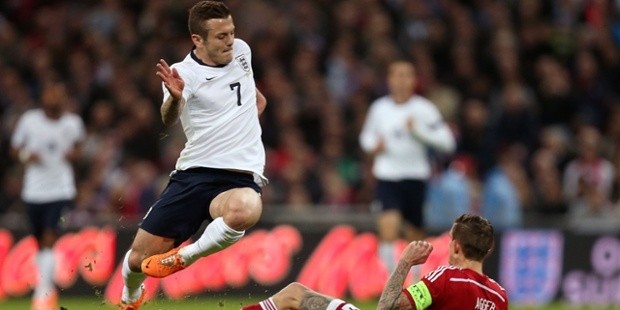 Arsenal’s injury-prone midfielder Jack Wilshere is facing another spell on the sidelines, with the club’s official website announcing today that the England international will be out for six weeks with a hairline fracture in his left foot. 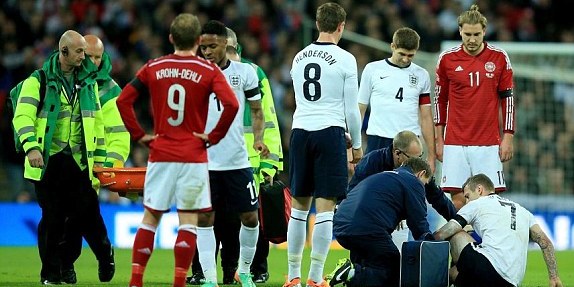 The club said on their official website: “Jack Wilshere has sustained a hairline fracture to the navicular bone in his left foot.”

“Wilshere suffered the injury during England’s international match with Denmark on Wednesday night at Wembley Stadium, in which he played 59 minutes.”

“Following initial scans carried out by the FA on Wednesday night, further investigation by Arsenal’s medical team has discovered a crack to a small bone in Jack’s left foot – the navicular, an area of his foot which has not been previously injured.”

“Jack will now require a period of approximately six weeks’ rehabilitation, before starting to regain his match fitness.”

Wilshere, 22, played 59 minutes of England’s 1-0 win over Denmark on Wednesday, and was involved in a heavy collision with Liverpool defender Daniel Agger in the first half.

The Gunners midfielder had initially attempted to allay fears that he might have sustained injury, but Arsenal fans’ worst fears were today confirmed, with Wilshere’s absence coming at the worst possible time for the club, with away games against Bayern Munich, Chelsea and Tottenham all coming up in the next few weeks.