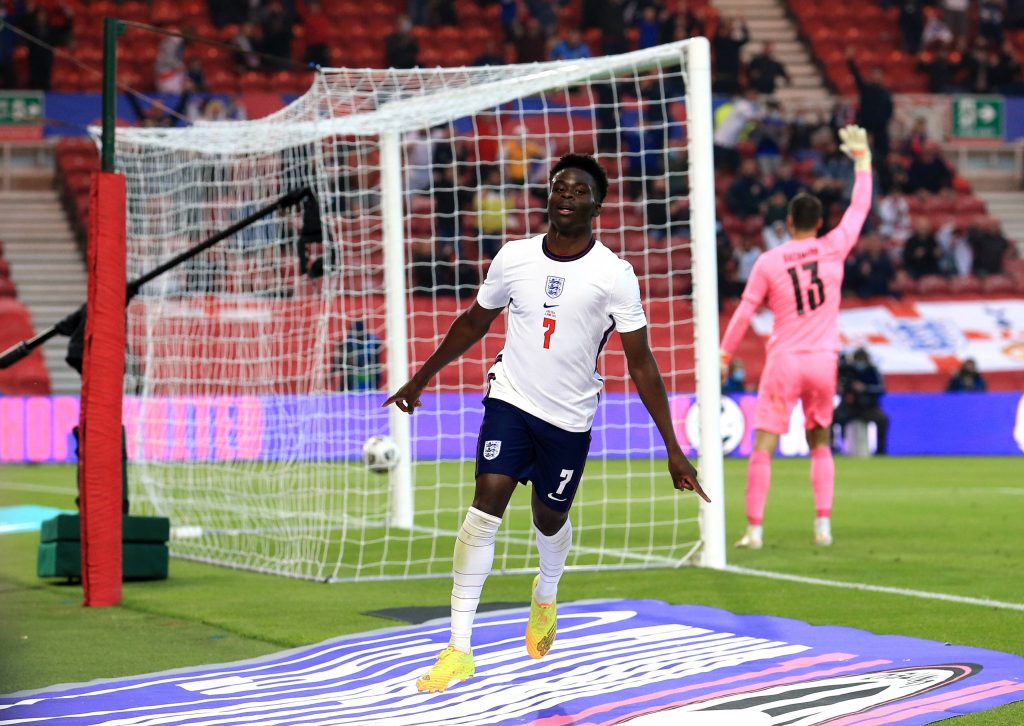 A selection of Arsenal fans were delighted for Bukayo Saka as he netted his maiden England goal in an international friendly against Austria on Wednesday.

The 19-year-old was the standout performer for the Gunners last term, registering seven goals and 10 assists from 46 appearances in all competitions.

Saka made the cut for the 26-man squad for the European Championships earlier this week, and he opened his goalscoring account for the Three Lions last night.

It was a tap-in into an empty net, but Saka found himself in the right position to take advantage of the loose ball after Jack Grealish was intercepted.

His 56th-minute goal gave England a 1-0 win. Here is how some of the Gunners’ faithful reacted after his maiden goal for his country.

“Why is Saka starting”

“Why did Saka get picked for the Euros”

“Saka has been terrible in this game” https://t.co/718SBmfnQf

First goal for England. This is frameworthy for Saka. Couldn't be more proud ♥️🙏🏾 pic.twitter.com/sWAIOf2hCq

Saka agenda is forced because he plays for Arsenal

Saka received praise from Gareth Southgate following the game, and the manager was particularly impressed with his ability to get away from challenges.

He said: “He’s got a lovely ability to receive in the traffic in the middle of the field. He’s like a slippery eel getting away from those challenges.”

The Three Lions have one more friendly against Romania on Sunday before they host Croatia in their opening group stage game of Euro 2020.

Southgate’s side met Croatia thrice in 2018, with the latter beating them in the World Cup semi-final through a Mario Mandzukic goal in added time.

Saka could drop to the bench for that game, with Raheem Sterling, Marcus Rashford and Jadon Sancho ahead of him in the pecking order for the wide attacking roles.