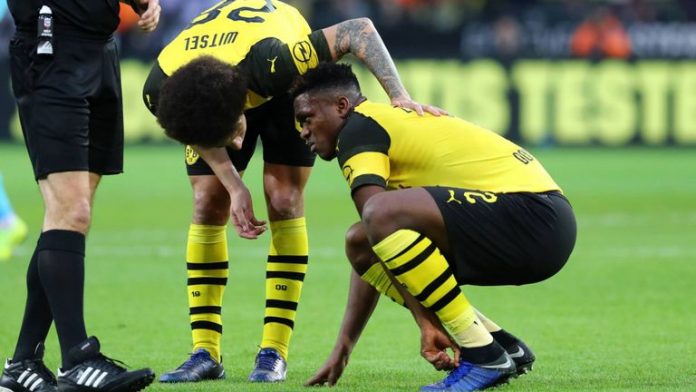 According to France Football, the Gunners are interested in adding the 20-year-old to their squad this summer.

With Mats Hummels agreeing to return to Dortmund from Bayern Munich, the imposing defender could find his game time limited next term.

Zagadou progressed through the youth system at Paris Saint-Germain, before moving to Dortmund in 2017.

His time in Germany has been blighted by injuries, although he has shown tremendous promise when he has been fit.

Zagadou established himself in the first-team during the early part of last season, but suffered a metatarsal injury in December that kept him out for nearly two months.

He recovered and reclaimed his place in the starting XI, before picking up a knee injury during April that prematurely ended a frustrating domestic campaign.

However, Zagadou recovered in time to captain France at the recent U20 World Cup tournament in Poland.

Although valued at around £25 million by Dortmund, it may be feasible for Arsenal to agree a lower fee given the player’s injury issues last season.