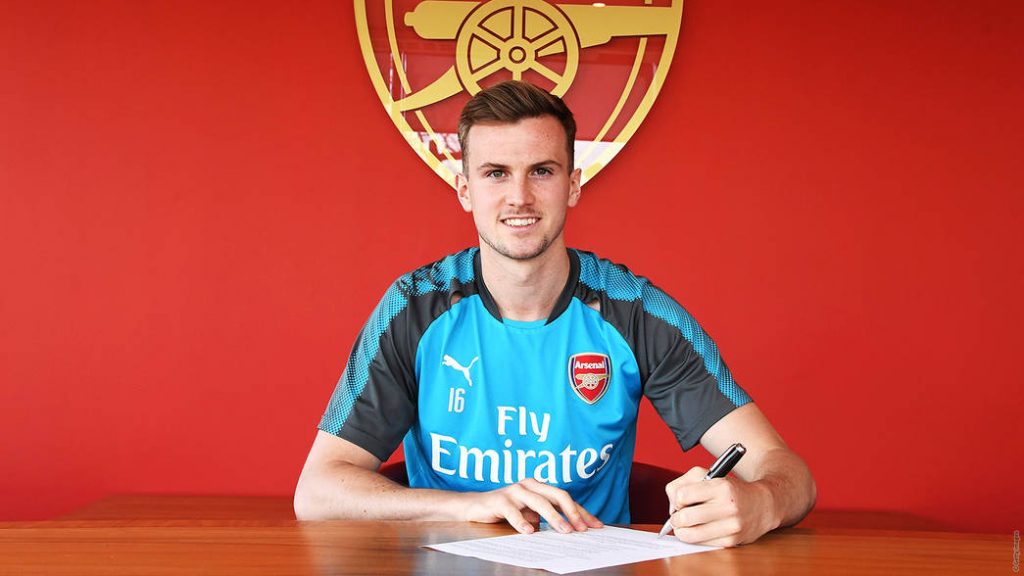 Arsenal confirm defender Rob Holding has extended his contract until 2022.

The 22-year-old has struggled for game time this season but is clearly an important part of the Gunners’ future, as Per Mertesacker is retiring in the summer and Shkodran Mustafi has struggled for consistency.

Holding joined Arsenal from Bolton Wanderers in 2016 and has gone on to make 42 appearances in all competitions.

The England u21 international has been on the periphery for much of the season, making just seven Premier League starts, featuring heavily in the Europa League, League Cup and FA Cup when the first-team were rested.

The centre-back has had to be patient for opportunities, making just two league starts since January, while his last appearance in Europe was nearly two months ago against AC Milan.

Holding has barely made the matchday squad in the Premier League which raised questions about his future, but Arsenal clearly want him to stay at the Emirates.

Mertesacker will become Arsenal’s Head of Academy at the end of the season, Mustafi has been guilty of poor performances and Laurent Koscielny still has injury woes and has to be managed with a busy fixture list.

Holding can learn from Arsenal’s existing defenders before they potentially leave as he’ll be hoping to become a regular in the starting lineup.