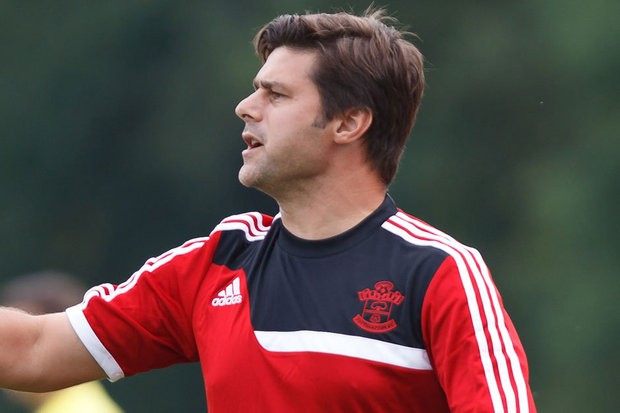 When the then Southampton boss Nigel Adkins was harshly dismissed at the beginning of 2013 by its’ owner Nicola Cortese, there was outcry from the clubs fanbase and pundits alike. Not least in the light of their previous result, where the Saints had come from two goals down at Chelsea to come away with a point.

Despite the reported unrest between manager and chairman, it was clearly an unfair decision on the man who brought back to back promotions from League One to Premier League, to the club. Nicola Cortese was fairly definite on the man he wanted to guide his club to consolidate their position in the top flight. That man was Mauricio Pochettino.

The Argentine, perhaps best known for ‘felling’ Michael Owen in the 2002 World Cup group game versus England for David Beckham’s penalty was less than two months prior, managing a beleaguered Espanyol side propping up the La Liga table. Following his sacking, Cortese set plans in motion to bring the 40 year old, with limited managerial experience to the South Coast. On January 18, Pochettino was installed as Saints boss.

Since taking over, Pochettino has been in charge of 30 games with a record of W12, D11, L7 and a win percentage of exactly 40. After a relatively rocky start, the Argentine guided the Saints to wins at St. Mary’s over Manchester City, Chelsea and Liverpool.

Fast forward to the present time and Southampton are sitting pretty in the lofty position of third in the Premier League with victories over away to Liverpool and Manchester United under their belts. The Hampshire outfit have a formidable defensive record this term, having conceded only five goals, keeping clean sheets in half their games with nearly a third of the season already completed.

Saturday afternoon sees another potentially huge stepping stone in the Saints transformation into genuine top four contenders, as they travel to North London and roll up to the Emirates to play league leaders Arsenal, smarting from an all-too familiar defeat at Old Trafford before the international break.

It will arguably be the club’s biggest test to date with the Gunners having scored 22 goals between six-goal Aaron Ramsey, £42m Mesut Ozil and Olivier Giroud amongst the contributors. The Saints in contrast have scored seven fewer – as one would expect – but have flair across the pitch in both offensive and defensive areas.

To begin with, Southampton’s fullbacks have come on leaps and bounds under the tutelage of Pochettino. Both Nathaniel Clyne and Luke Shaw have made appearances for the England U21s, Shaw having represented versus Finland in the past week. 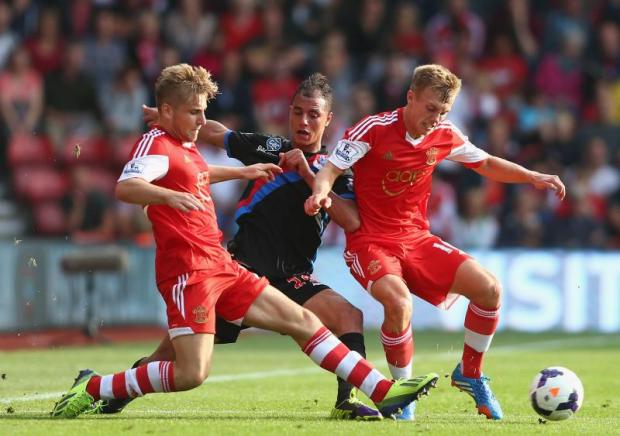 Shaw joined Southampton’s academy at the age of eight and came up throught the ranks. Now, the Kingston-born left back has developed into a strong, pacy defender and the Saints will target Bacary Sagna as an area of weakness where Shaw may have the legs on his French international adversary. Clyne will go up against fellow former U21 player Kieran Gibbs but its likely Gibbs will have the upper hand for most of the contest.

Mauricio Pochettino’s men will be keeping the five man midfield quiet, however they are shaped. Ozil, Santi Cazorla and Ramsey will have to be shackled by Morgan Schneiderlin and Victor Wanyama – himself formerly linked to the Gunners – with a further headache of the returning former Saint, Theo Walcott who may have to make do with a place on the bench.

Pochettino seems quietly confident ahead of the game and rightly so and speaking to the Daily Star the Argentine will relish the occasion:

“I have great respect and admiration for Arsene Wenger, for what he has done at Arsenal. He has great charm and a very good identity, a very positive way of being a manager. All you have to do is look at his background and see how far he has come. I am completely in awe of Arsene Wenger.”

“At the end of the season we will see how far we have come. If we win at Arsenal our behaviour will be the same, nothing will change. All we have to do is continue playing the way we have been playing, continue putting the same effort in, stick to our beliefs and keep doing as well as we can. The position we are at in the table is the real position in terms of the points we have earned. We have the belief we can beat any side.”

An interesting element in Saturday’s game will be whether Pochettino includes James Ward-Prowse or opt for his record breaking striker signing Dani Osvaldo instead. Ward-Prowse has impressed this term deputizing for Osvaldo on more than one occasion and having played in all 11 games this campaign, six in the starting eleven. 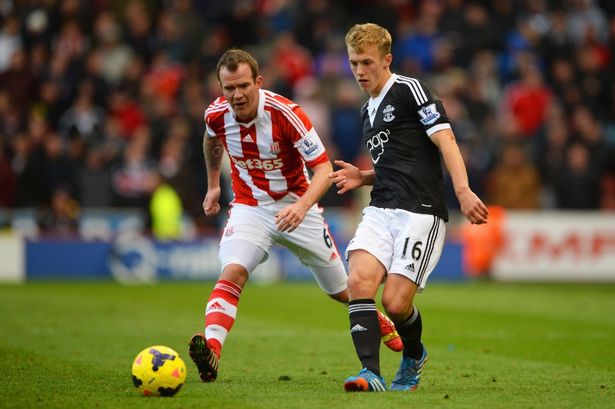 Yet another Southampton youth player and U21, Ward-Prowse has allotted two assists this term, often from his dead eye deliveries from right midfield or from sharing corner taking duties with man of the moment, Adam Lallana.

For the Gunners, Olivier Giroud after scoring in the opening four games of the season has only scored one in the last seven (at Selhurst Park) and with home comforts it may be the perfect opportunity. Dejan Lovren and Jose Fonte will be looking to prevent that, as the defensive partnership that have played every minute together this season.

For the Saints however, it is likely to come down the impact the England trio of Lallana, Rickie Lambert and Jay Rodriguez make on the game. Per Mertesacker who played opposite Lallana on Tuesday will be looking to hurt his opponents again from set pieces but also slam that door shut with his defensive cohort Laurent Koscielny, fresh from his red card in Kiev.

When Arsenal and Southampton meet at 3pm on Saturday, both teams will go for it. It may well be a tight affair, but that said it could quite conceivably be a scoring draw.

Southampton’s revival under Pochettino has been nothing short of a revelation and after initial doubts were raised by his appointment, the Saints boss has fully got the fans onside with his brand of flair football and creative midfield. If they can manufacture an unlikely win in NW5 – depending on other results – they could possibly end the weekend as Premier League leaders.

An outcome that would bring Mauricio Pochettino’s effect at the club into full and unequivocal evidence.